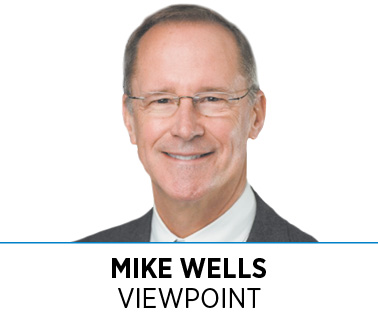 As the Indianapolis International Airport continues to receive accolades as one of the best airports in North America, it is important to remember the person who was the visionary force behind the planning of our airport. Dan Orcutt, executive director of the airport for 25 years, passed away in January.

Dan was respected in the industry, eventually becoming president of the American Association of Airport Executives, and we are still enjoying the benefits of his strategic thinking. 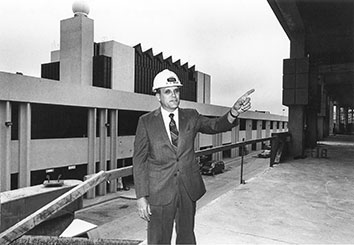 Dan Orcutt, who led the airport for a quarter-century, died in January. (1987 IBJ file photo)

Dan’s master plan for the airport began in the early 1970s. Tremendously visionary but also wisely pragmatic, he understood that the lifeblood of any airport is its ultimate airfield capacity. To that end, he embarked on a major land acquisition program tied to noise mitigation. The program acquired thousands of homes in and around the airport, assuring that our airport, only minutes from downtown, would have room to expand and not face the issue of relocation that has affected numerous airports around the country.

Dan’s grand vision was to eventually build a new terminal building in the middle of the entire 7,000-acre airport property, but he recognized that several sequential projects had to be accomplished first.

An early and important project for Dan and the airport was the financing of a freight hub for Purolator Courier. While it was a relatively small project, it ended up changing the airport forever. Purolator, which was struggling in the 1980s, sold the hub to FedEx in 1988 and the rest is history, as they say.

FedEx now employs more than 2,000 people here at its second-largest hub and contributes significant dollars to the local and state economies. The landing fees paid by FedEx help keep the fees paid by passenger carriers reasonable, therefore encouraging more service to our airport. The land acquisition program that Dan led made this project possible and accommodated the construction of an overnight hub for the U.S. Postal Service.

Dan’s plan was to reduce the cost of a new terminal by building ahead of time much of the infrastructure that would support it. This decades-long effort included, significantly, a widely spaced pair of runways, with a site for the new terminal in between. It was important to widely space the runways to allow simultaneous landings and take-offs. This not only reduced delays at our airport, but also increased the safety of all operations. Dan also wanted the new runways to be long enough to handle international flights and fully loaded freight planes.

The old terminal was too small and too crowded, and the traffic flow in and out was restricted. The terminal building itself included 28 additions done over 40 years. Few airports in the country ever build an entirely new terminal due to the massive cost. As a result, many terminals are a patchwork of confusing concourses, long distances between gates, inadequate parking and limited seating.

Our award-winning terminal is clean, bright, spacious and comforting to the millions of passengers who fly in and out each year. Because of Dan’s hard work and vision, our airport is the envy of the country. Thank you, Dan Orcutt, for this legacy.•