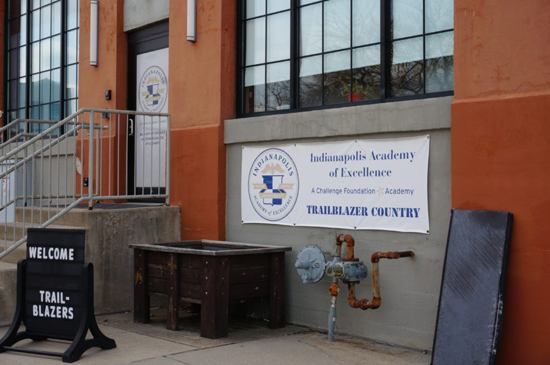 The Indiana Charter School Board voted Tuesday not to renew the charter for the Indianapolis Academy of Excellence, a small school it oversees on the city’s northeast side.

The 129-student school, which opened in 2014, was up for charter renewal during what became a tumultuous year, school leaders said. The board voted 4-1 to end the charter, and board staff said the school will likely close at the end of the year.

Board members said several factors led to their decision. The school’s curriculum provider and instruction partner, TeamCFA, canceled its contract with the school in June with little warning. That instability came in addition to low test scores, declining enrollment, and some additional financial concerns.

“We do get very difficult situations,” said board chairman Josh Owens, a local business owner. “Obviously we wish there were different outcomes with how the school was performing and where it was positioned.”

The board’s staff initially recommended a conditional two-year renewal for the school’s charter. But when board member Virginia Calvin made that motion, it was met with silence. Janet Rummel, another board member, then proposed the board deny the charter. The school has the option to appeal the decision or seek another authorizer, but that would require Indiana State Board of Education approval.

After the vote, a handful of school staff stood up, embraced, and quietly left the room. When asked about her reaction to the vote, director Tara Gustin had a simple reply:

“I wish the best for our students,” Gustin whispered through tears.

The charter school, serving grades K-6, had 148 students at the beginning of this year, a number that fell by about 20 students this month, school staff said. More than 95 percent of the schools’ families are low-income and qualify for meal assistance, and 98 percent of the school’s students are students of color, according to state data.

The loss of its curricular partner also put the school in a tenuous financial situation. TeamCFA, an organization that grew out of the Challenge Foundation charter school network based in North Carolina, also gave the school a forgivable loan of $200,000, and it’s unclear whether the school will have to repay now, officials said. The school is also still in the process of negotiating its next building lease and didn’t seem to have a clear plan about where cuts would be made if enrollment fell short of expectations.

Before the vote, Gustin and other staff members offered plans to add in hands-on science and math lessons, recruit more students from nearby neighborhoods, and bolster teacher training. They also said their enrollment peaks late in the summer, so they might end up with more students next year.

“This is going to be hard,” Gustin told the board regarding their planned changes. “But we want to do it for our kids because they deserve it … we know that we can really move the needle.”

In the end, there were too many issues stacked up against the school, board members said. Although the school has grown slowly since it opened, it remains small, which directly affects the funding it receives from the state. Board members were also concerned that the curriculum the school had been using was, as Gustin put it, only “loosely” aligned to state academic standards.

Owens said charter board staff would work with the school to inform parents and move through next steps.

Parents picking their children up from school Tuesday were surprised and disappointed by the news.

Zarquail Walker, who has three children at the school, said she knew the school was going through the renewal process but she thought it would stay open. If it closes, she added, “I don’t know where my kids are going to go.”

Oscar Chicas, whose daughter is a kindergartner at the academy, said that when his daughter started school she didn’t speak English. Within a few months, she spoke English and could count to 100.

“The way how my daughter is learning I like,” said Chicas, who likes the attention she receives in the small school. “They put a lot of time in the kids.”