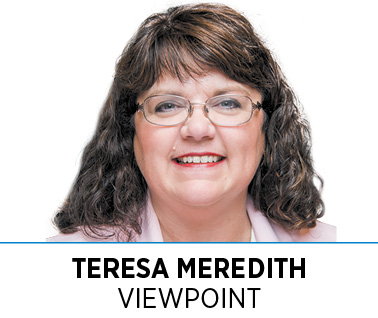 Indiana policymakers love to celebrate Indiana’s leadership, but one ranking our lawmakers can’t tout is the Hoosier state’s standing on school funding and teacher pay. Indiana ranks below average nationally and fails to compete with nearly all neighboring states in funding public schools and teacher compensation.

A recently released study on Indiana’s school funding and teacher pay—authored by one of the country’s leading school-funding researchers, Robert Toutkoushian with the University of Georgia’s Institute of Higher Education—identified some alarming trends. The study outlined that, “Indiana has lost substantial ground nationally in recent years compared to other states in terms of the level of total financial support provided for public education.”

These rankings suggest that Indiana’s lawmakers need to take immediate steps to recover the state’s standing. Our kids and educators can’t wait another year.

The study concludes that Indiana would need to increase its investment in public schools by nearly $1.5 billion to reach the average of neighboring states and more than $3.3 billion to return Indiana to its previous national ranking just five years ago.

We must ensure every student has a caring, qualified, committed teacher. If we’re serious about our kids’ futures, we need to get serious about doing what works. That means investing in educators, paying them as professionals, and making sure our kids have the resources they need to be successful and productive citizens.

Educators don’t do this work to get rich; they do this work because they believe in students. But their pay is not commensurate with the expertise and qualifications they bring to the profession.

Too often, educators struggle to support their families. They are forced to take second and third jobs to make ends meet. This is not acceptable. It shortchanges students, public education and these dedicated professionals.

It’s no surprise that Indiana is losing 35% of our teachers in the first five years, with 88% citing pay as the reason for leaving the profession, according to the Indiana Department of Education.

Hoosiers are with teachers. A public poll this fall found that 72 percent of voters believe public schoolteachers in Indiana are paid too little and seven in 10 say public schools in Indiana need more funding.

Whether it is the recently released study or other rankings, we know this: Indiana has fallen behind on investing in our kids and the professional men and women who work hard daily to provide them with a quality education. We don’t expect legislators to fix this funding deficit overnight, but we do believe legislators can do better than what the proposed state budget offers.•

Meredith is president of the Indiana State Teachers Association.