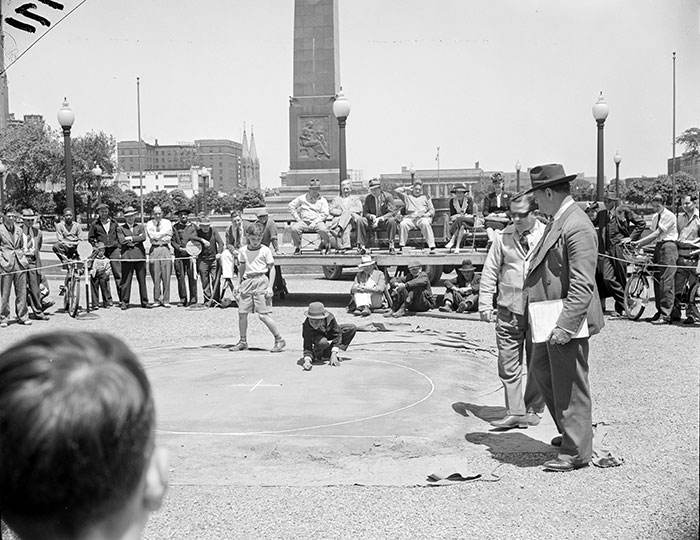 The Indianapolis Times hosted a marbles contest on May 24, 1941, at the World War Memorial Plaza. The event took place just south of the World War Memorial obelisk, which still stands in the block bordered by North, Pennsylvania, Michigan and Meridian streets. To the north is the Indianapolis Public Library and, to the northwest, the Hotel Antlers, which was opened by the Indiana Elks in 1924 and closed in 1969 after several ownership changes. On the makeshift stage at the back, the man in the suit with no hat is Sheriff Al Feeney, who served from 1939-1942. The Indianapolis Times launched as The Indianapolis Sun in 1878 and published until 1965. It won a Pulitzer Prize in 1928 for exposing the Ku Klux Klan.