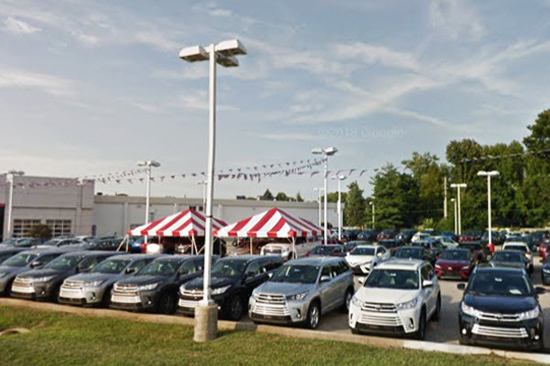 Indiana auto dealership owners are being hit with a slew of lawsuits from customers who say they have been charged exorbitant document-preparation fees in the car-buying process just as the rules for charging such fees are poised to loosen under a change in state law.

The lawsuits—one of which, against Andy Mohr , IBJ reported on earlier this month—are being filed on behalf of the thousands of other customers of these dealerships who have been charged similar fees, according to those suits.

The lawsuits allege that car dealerships charge the fees—many approaching $200 per transaction—as a way to “extract additional profits from consumers in an unfair and prohibited manner,” when they instead should be charging only a few dollars to cover the real cost of preparing paperwork.

As a result of the practice, dealerships have profited by “hundreds of thousands of dollars at the expense of consumers,” according to one lawsuit against Beck Automotive Group, filed April 15 by Johnson County resident Paul Clodfelter, who was charged a $149.95 document fee in 2013 when he purchased a vehicle from a Beck dealership.

“In general, [dealers are] charging $175, $199, all somewhere just south of $200” to car buyers, said Vess Miller, an attorney with Indianapolis firm Cohen & Mallad LLP, which is representing the plaintiffs in several of the suits. “Unless they’re buying a new printer for every set of documents, it doesn’t make sense why it would cost that amount of money. It’s very unfair to Indiana consumers.”

But car dealerships say they’re simply doing what they’re allowed to do under an agreement worked out with the Indiana Attorney General’s Office.

One Republican state lawmaker, Sen. Aaron Freeman, told WRTV-TV Channel 6 that the state has a “gentleman’s agreement” with car dealerships, agreeing not to investigate document fees under $200 even though they violate state law. Freeman’s press secretary told IBJ he was unavailable for comment.

Bill Skillman, vice president of Ray Skillman Auto Group, told IBJ that it was “correct” that dealers have been given such guidance from the state.

“We always try to promote voluntary compliance with guidance from regulatory agencies within Indiana,” Skillman told IBJ in an email. “It is our understanding, while working directly with the state association, who in turn works directly with the Indiana Attorney General, we have abided by all guidance in relation to the documentation fees.”

None of the other dealership companies contacted by IBJ responded to a request for comment. The Automobile Dealers Association of Indiana also did not respond.

But the Attorney General’s office acknowledged the practice. Spokeswoman Melissa Gustafson told IBJ the office “previously agreed to a safe harbor where fees under $200 would not typically be investigated after receiving information and input from auto dealers.”

“The Attorney General’s Office has limited resources to review the documentation fees for the over 6,000 auto dealerships in Indiana and is unable to review every documentation fee,” according to Gustafson. “The office wants to ensure that information regarding the fees are clearly conveyed to the consumers and will continue to investigate instances where that information is not clearly conveyed.”

Meanwhile, the Indiana General Assembly this month granted final approval to a bill that essentially legalizes that gentleman’s agreement.

Currently, it is an unfair sales practice under Indiana code to charge document fees that do not reflect expenses actually incurred by dealerships for the preparation of documents, which is the law the class-action suits have cited.

But House Bill 1237, which was sponsored by Freeman and is awaiting Gov. Holcomb’s signature, removes the standard that the fees reflect real dealership expenses—as long as they are less than $200. The bill passed the Senate 40-6 and the House 92-0.

The bill makes the changes retroactive to 2013. That could be because six years is the statute of limitations for unjust enrichment, according to Miller, the Cohen & Malad lawyer.

Miller said he believed auto dealerships were likely hoping the legislature would give them a “get out of jail free card” with the bill, but that the lawyers plan to fight it in court if the governor signs it.