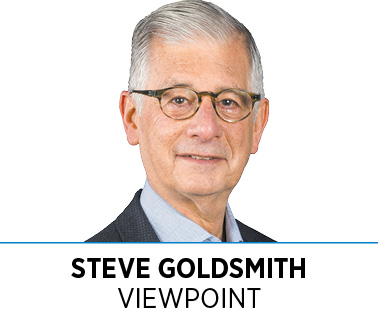 As someone who had the honor of following in Richard Lugar’s footsteps as mayor of Indianapolis, I find it hard to think of anyone else who so profoundly influenced our city. And as I reflect on his influence on my own life, I’m struck by what his legacy can mean to public-policy students I now teach, as well as to public officials across the globe.

In the heat of a political moment, we sometimes forget that the voice, behavior and character of a prominent politician model behaviors for others. Lugar possessed an extraordinary set of intellectual and character assets—and modeled an even more impressive application of those very traits to matters of public policy. These are skills critical to the health of our country and should be studied and celebrated in policy and political circles.

I am biased. When I was elected to a high school office and he was a member of the local school board, Lugar wrote me a personal note of congratulations and a challenge to serve well—a note I have kept for decades. As a member of Phi Beta Kappa and a Rhodes scholar, he signaled to many college students of my era in his election as mayor of Indianapolis that the best and brightest can choose public service and transform it. In his Lugar leadership program at the University of Indianapolis, he spent time each year inspiring students and helping to cultivate the next generation of public leaders in our city and state.

His thoughtful bipartisanship—strong in principle, moderate in tone—said much about the best of democracy. As a Republican mayor, he focused on urban policy and urban neighborhoods. Diversity mattered to him. Serving constituencies broader than just those who elected him marked Lugar’s approach. Service and country came first, and he stretched across the aisle to produce great accomplishments such as the Nunn-Lugar nuclear threat reduction efforts.

Mayor and then Sen. Lugar used another characteristic worthy of emulation, regardless of the issue—the application of reason and policy analysis. Whether deciding on downtown investment in Indianapolis or how to reduce the international nuclear threat, Lugar forwarded positions that were deeply reasoned and open to thoughtful debate. Ideas were to be valued and discussed. Opposing ideas were to be examined and, if rejected, not vilified.

More politicians should study the legacy of this great statesman. I hope it will play a part in the renaissance of thoughtful, reasoned political debate and bipartisan governance.•

Goldsmith is a former mayor of Indianapolis and a professor of government at Harvard University’s Kennedy School.