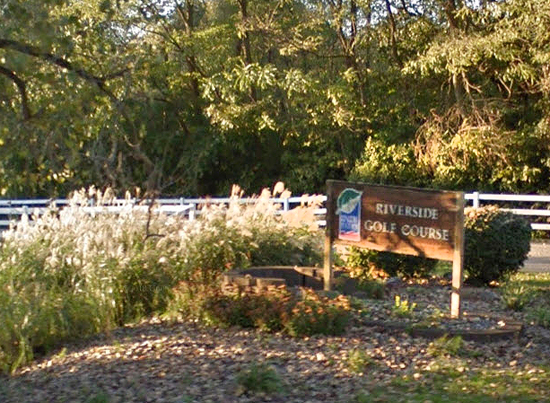 Riverside Golf Course, the city's oldest municipal course, will close for good at the end of the season to make way for a new ecological park and other amenities at Riverside Park, Indy Parks confirmed Friday.

South Grove Golf Course, which opened nearby in 1901 as the city's second oldest municipal course, also is scheduled to be closed within the next several years as part of the plan.

The impending closure of Riverside Golf Course—which opened in 1900 as only the fourth municipal golf course in the United States—comes as the city moves forward with its effort to enact a new master plan at Riverside Regional Park along the White River on the near-west side.

As part of the plan, Charles E. Coffin Golf Course, 2401 Cold Spring Road, which opened nearby in 1904, will remain as an 18-hole public course and receive improvements. Riverside Golf Academy, a practice facility with driving ranges and a par-3 course, also will be retained and improved.

“We’re excited to offer more recreational opportunities in and around Riverside Park,” said Linda Broadfoot, the city’s parks director. “As we’ve seen the demand for golf go down, we’re excited this will help some of our other golf courses be even more successful.”

In the 1910s, Riverside and South Grove were “the most heavily used golf courses in Indianapolis, and South Grove maintained a golf professional on staff year-round to keep up with demand,” according to the city.

These days, Riverside Golf Course, 3502 N. White River Parkway, “still gets quite a bit of play” said John Tolson, a staff member at the course.

“It’s down from what it used to be,” Tolson said. “These were the premier city courses. They feel having three courses in this area is too much now because golf (popularity) is not as strong.”

Tolson said as area golfers have found out about the plan to close the courses and “have been calling the city and parks department and voicing their disdain.” However, the plan was adopted more than a year ago by the Metropolitan Development Commission following a public planning process.

Broadfoot acknowledged there have been some calls opposed to course closures, but she said the city is “really optimistic about the future of the Riverside corridor and really proud of the master plan that came out of what was a yearlong process with incredible public input.”

“This is the park I get asked about the most, in the best possible way,” Broadfood said. “A lot of times, master plans don’t have the life after their approval that they could, and this one seems to have an active and exciting life. [The public has] bought in and is committed to help make it happen.”

The master plan calls for turning Riverside Golf Course into an “ecologically-oriented adventure park,” with a native wetland landscape character.

The park is designed to address one of the main challenges of the land near Riverside Golf Course: its frequent flooding.

“This has caused significant damage to the course and means that much of the revenue generated by the course (as well as that generated by the Golf Academy) is spent on repairs,” the plan says. “This situation begs the question of whether the location at the confluence of Crooked Creek and the White River is a good place for a golf course—one of the most maintenance-incentive landscapes there can be.”

The nature park will be built in a way that is designed to flood periodically, cleaning stormwater, supporting pollinators and providing a habitat for native species.

Plans call for a nature playground, an off-leash dog park, a nature center made from the clubhouse, boardwalks and paths to provide pedestrian and bike access through the wetlands.

An area to the north of the clubhouse would become a zipline and canopy-walk venue.

Riverside Golf Academy would be improved under the new plan, the city said. It plans to make the academy a standalone business under private management.

“Since Riverside and South Grove are considered easier courses, the plan recommends that some redesign occur that might make Coffin more appealing to less experienced golfers,” according to the plan.

Broadfoot said the city has secured funding to work with a designer to start the detailed design work on Riverside Park. For the near term, it will be “open park land for recreational use.”

“Even if it’s not fully built out per the master plan yet, it will be available for walking, hiking and temporary recreational programming,“ she said. “Our goal is to activate it, regardless of where we are in the buildout.”