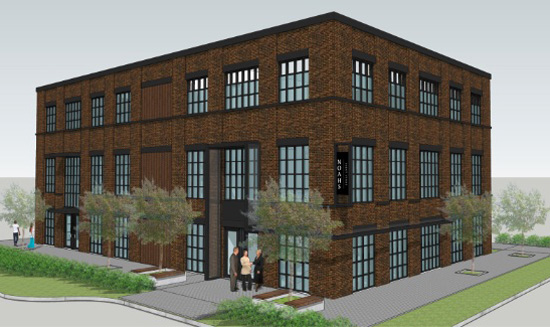 A small group of retirees paid a combined $6.2 million last year for stakes in a fancy event-rental space in Carmel, expecting it would generate double-digit returns and qualify them for a tax break used by thousands of Americans to defer capital gains on real estate.

Instead, they now own a vacant lot generating no income, and the money appears to be gone. In a federal lawsuit filed in April, most of the investors claim they were duped in a vast fraud involving financial advisers, a property broker and what seemed to be a fast-expanding company called Noah Corp. that hosts weddings, bar mitzvahs and corporate events at venues in 25 states from Utah to Florida to New Hampshire.

Noah filed for bankruptcy last month, not long after the suit was filed, compounding a cash crunch at venues where it was the only tenant. But investors in the Indiana site claim in court documents that the collapse was the result of a “robbing Peter to pay Paul’’ business model in which Noah, broker Rockwell Debt-Free Properties Inc. and others sought to generate a steady flow of new investors.

“Older investment venues paid steady returns to investors, not on the basis of successful management and profitability, as represented by defendants, but through cash generated by new investments or cash generated from other facilities,’’ the plaintiffs, who are mostly in their 60s and 70s, said in their lawsuit.

For years, Sandy, Utah-based Rockwell developed venues all over the United States. To finance expansion, the company mostly courted individual investors to buy shares in a specific facility that collects steady rental payments from one star tenant, Noah.

“Noah has not defrauded anybody or engaged in any criminal conduct,’’ Daniel K. Brough, the attorney who represents Noah and CEO Bil Bowser, said in a separate court filing. Brough declined to comment further when reached by phone.

At a recent bankruptcy hearing, Bowser testified that the U.S. Securities and Exchange Commission is investigating Rockwell “and perhaps with respect to Noah,” his bankruptcy lawyer, Kenneth Cannon, said in an interview. Cannon said the SEC hasn’t contacted him, but that he’s been sending the agency documents related to the Chapter 11 filing “because we know the SEC has been looking around a bit.” The SEC declined to comment.

Rockwell’s lawyers didn’t return repeated calls and emails seeking comment on the allegations, and they have yet to respond in court to the Indiana property investors’ lawsuit, which was filed in federal court in Salt Lake City.

Rockwell’s business is built around managing real estate with a so-called tenant-in-common ownership structure, which is specifically designed to qualify for a tax break under Section 1031 of the Internal Revenue Code. The law allows deferral of capital gains on sales of commercial real estate if the profit is used as a passive investment in another rent-generating property. It’s called a 1031 exchange.

But the timeline is tight—45 days to identify a new investment and 180 days to complete it. So, when investors are ready to sell a property and looking for a new place to put the money, they often rely on specialists to identify qualifying deals. According to the Indiana lawsuit, a handful of 1031 experts got commissions to direct clients to Rockwell, including some of the plaintiffs.

Also named as a defendant in the suit was Edmund & Wheeler Inc., a New Hampshire-based 1031 specialist that collected commissions for directing clients to Rockwell and Noah. In a statement by lawyer Tristram Coffin, the firm denied wrongdoing. Its employees also invested in the venues and were “caught fully unaware by these allegations,” according to the statement.

In February, a property manager handling at least nine of the venues raised concerns in a letter to investors, claiming Noah hadn’t been paying property taxes or insurance on the properties as required under its contract, according to a state court filing in Provo, Utah.

“If they are constructing new buildings, getting new investors, where is the money going?” wrote Kathleen Lopez, the chief executive of Sentinel Sales and Management in American Fork, Utah. She added that Noah and Rockwell had been harassing her for disclosing the information to investors.

Noah sued for defamation, and the company’s attorney said in a court filing that Lopez was spreading false information about Noah and damaging its reputation. Lopez said she has denied the allegations in court and filed a counter claim, seeking damages.

While fraud related to 1031 tax deferrals is rare, scammers have employed them to cheat investors in the past. Miami businessman Edward Okun got a 100-year prison sentence in 2009 for bilking $126 million from clients. In 2011, California real-estate investor Ezri Namvar got seven years for stealing $21 million.

At the Indiana property, investors said they were tricked into believing the facility had been built or was almost complete because marketing materials included photographs of a finished structure and rent checks started arriving.

Noah filed plans last summer to build a nearly 13,000-square-foot event center on Illinois Street in Carmel. Plans showed the three-story facility would be built between Main Street and 136th Street. The 1.68-acre vacant site is in the Meridian Corridor zoning district. The venue was expected to open as early as this summer.

The biggest investor in the Indiana property, Russell Hertrich, who lives in New Hampshire, said in court filings that he paid $1.45 million for a 23% share in June 2018 and received monthly payments of $8,414. The plaintiffs say they haven’t gotten any payments since March, and internal Noah documents show plans for the facility were scrapped.

Rockwell salespeople knew the situation in Carmel was dire, but were being paid commissions as high as 16% to bring in new investors, according to the complaint. Cash for the Carmel project was used to fund rent payments on existing Noah properties or to finance other venues built by Bowser’s construction company, Gabriel Management Corp., the investors said.

The unfinished Indiana site wasn’t the only casualty.

Jay Gregory, the host of an Outdoor Channel show about bow hunting, said he put $1 million into a rental venue in Chesapeake, Virginia. He was one of 16 investors recruited by Rockwell to pay a combined $5.8 million in 2015 to build a facility, with Noah would be the primary user of the space, he said.

Investment in the property was managed by Rockwell, which promised returns starting at 7% a year and claimed they would reach almost 11% after 20 years, Gregory said. After several years of steady checks, he’s getting nothing now.

“This has just turned into a nightmare,’’ Gregory, who isn’t involved in the litigation, said in an interview. He has sold other assets to make up for the monthly income he no longer collects from the property. “If I’d known this was going to happen I would have just taken my million and invested it in the stock market.’’

Bill Rickett, a Texas retiree, said he invested $1.2 million in a site in Auburn Hills, Michigan, in 2015. Rickett said he’d been steered to Rockwell by a 1031 expert, but only agreed to invest after meeting Bowser in person at one of the company’s sites in Las Calinas, Texas.

Rickett said he liked what he saw, and that Rockwell’s growth strategy seemed to make sense, so he agreed to join more than a dozen others who invested a combined $6.2 million to build the Michigan venue. But in March, Noah stopped paying rent, which Rickett found baffling, because the building was regularly booking events.