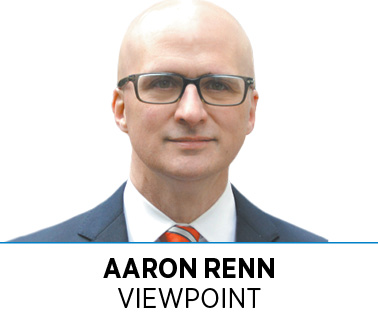 Nashville won 5,000 Amazon jobs despite being smaller and having fewer tech jobs than Indianapolis.

One reason is that Nashville draws people from all over the country, while Indianapolis overwhelmingly draws from just Indiana. Metro Indy actually loses people on a net basis to the rest of the country. It’s even losing people to California.

Indy has plenty of company, even Chicago lost population last year. No major Midwest city is a national draw—yet. Changing this is the biggest imperative—and biggest opportunity—for Indianapolis.

Turning the city into a national, not just a state or regional, talent magnet can happen. Indy will never compare to the coastal giants, but it very much can replicate the success of Southern boomtowns like Nashville. As someone who has traveled to Nashville for years and really likes that city, I can tell you it has no intrinsic advantages over Indy and has its own serious flaws.

Just a decade ago, Nashville businesses could struggle to recruit out-of-state talent, just as Midwest cities do. Two or three decades ago, the city was a backwater, an overgrown small town. But they figured out how to change that.

How can Indy pull that off?

Indy needs someone whose sole mission is recruiting people who have no historic tie to Indiana. There are already groups successfully focusing on luring tourists and conventions, businesses, and even former Hoosiers who moved away. The city now needs a fourth pillar focused on national talent attraction. It would not just directly sell the city to new residents, it would, more importantly, help everyone already in Indy do a better job of selling the city.

People move to Nashville for opportunity and for its brand. It’s on people’s radar because it’s a city that has buzz and a great reputation. Indy has people working every day to create even more opportunity in the city. But how can it build a more aspirational reputation?

Nashville did it by embracing, and updating, its longstanding authentic items like country music and meat-and-three restaurants, things not exactly hip on the coasts.

Indy needs to do the same. Today, the city is a long way from India-no-place. So now it can look back at its authentic, historic attributes with fresh eyes. Nobody will choose Indy for coffee shops, microbreweries and bike lanes. Everybody has those now. Instead, people are looking for uniqueness—things they can’t get anywhere else, and a story they want to be a part of.

In Indy that starts with auto racing. It’s the one thing the whole world knows about the city. What is auto racing? It’s speed, competition, innovation, technology, sex appeal—and it’s global. Aren’t those all things anyone would want to associate with their city? Indy has Speedway, the 500, drag racing, a cluster of high-tech motorsports businesses. Racing is the country music of Indianapolis. But there’s a long list of great things to add to that.

Yes, weather is a challenge. But three of the 20 fastest-growing metro regions in the country are in cold-weather Idaho. If Idaho cities can do it, so can Indy. The opportunity to succeed is real. The size of the prize is large. If Indy is willing to do what it takes to win, it can become a national talent magnet and claim the rewards.•

Renn is a senior fellow at the Manhattan Institute.