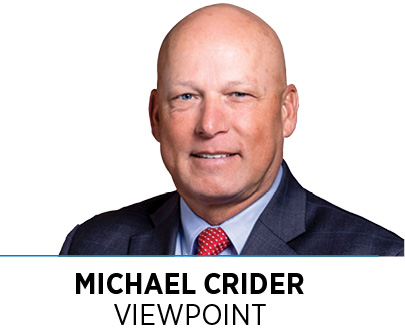 It’s easy to get a little down in the mouth these days listening to daily updates on the pandemic, economy and presidential election and how disagreement in Washington affects local aid. Yet, Indianapolis is resilient, having weathered multiple storms, and as we think about economic recovery, we have structural advantages that will serve us well.

These advantages start with our location and how it empowers our logistics sector. Centrally positioned in the Eastern time zone, we’re home to the world’s second-largest FedEx hub, major highway systems that make 80% of U.S. and Canadian populations and businesses reachable within roughly a day’s drive, and strong rail connectivity— including intermodal service to the West Coast and Asia as well as maritime port access.

That makes the greater Indianapolis region a major hub for goods movement, which is a huge asset for attracting and growing companies whose goal is to cover the broader U.S. market rather than a single coast or other global regions.

I was reminded of this huge advantage recently as I joined over 1,000 community and business leaders from across the country to memorialize the 40th anniversary of an underappreciated, but transformational law that made one of our most vital transportation corridors what it is today.

The Staggers Rail Act, passed by overwhelming bipartisan majorities in Congress and signed into law by President Jimmy Carter in October 1980, freed U.S. freight railroads to operate like other businesses in a market-based system. Though it ensured railroads would remain heavily regulated, the legislation threw off the yoke of government route and rate controls that had left many freight railroads in bankruptcy and rail infrastructure derelict.

The smart, balanced Staggers framework allowed freight railroads to earn enough revenue to invest in the infrastructure and technology needed to repair and upgrade their networks while also protecting rail customers. It set in place a virtuous cycle of investment that has made railroads safer and more efficient than they have ever been.

Since 1980, the $710 billion of investment by privately owned freight railroads has made railroads the backbone of an integrated intermodal system that moves 57 tons of goods per person per year on average (and likely even more in this year where so many are staying at home). As a result, recent years have been among the safest on record, railroads are competitive among themselves and with other modes, and shipper rates are down over 40% since 1980.

When the Indianapolis region charted our strategy for increasing global competitiveness years ago, capitalizing on our position as a “crossroads” was key. The combination of location and logistics infrastructure is why Indy is three times more concentrated in automotive, aerospace and transportation equipment production than the national average. This positions us well to advance industry jobs as we chart our course for post-pandemic recovery and beyond.

We could not be a true crossroads without our freight railroads. As we celebrate Staggers as transformational legislation from a bipartisan era, we hold it up as an example of congressional action that can help grow the economy and as an example of deregulation “done right.” Freight railroads will help facilitate our recovery—in Indiana and across the nation.•