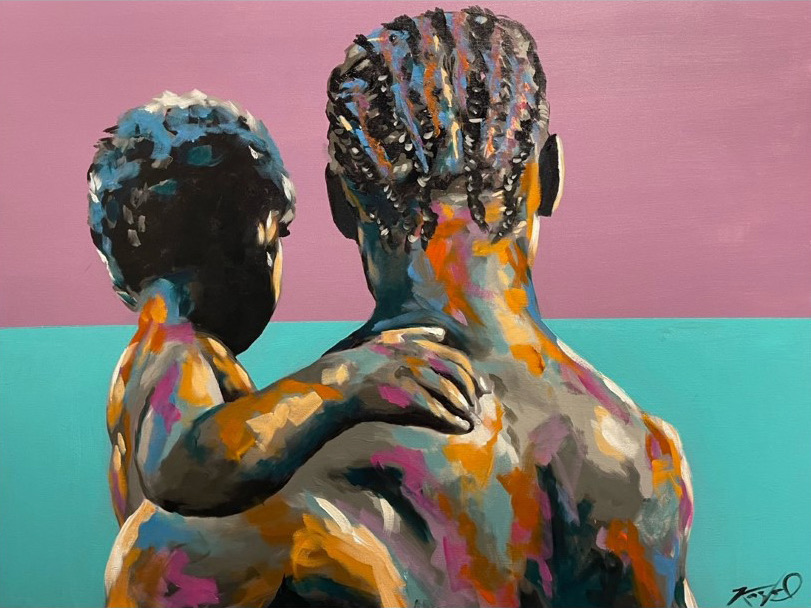 Although artwork sales figures aren’t finalized for this year’s Butter, the fair racked up more than $250,000 in purchases through Monday, organizers said.

One of the pieces, a textile work by Ball State University alum April Bey, sold to Newfields. When exhibited at the Stutz, 1060 N. Capitol Ave., Bey’s work titled “Atlantican Archives: A Group of Beyonces Founded Earth” was priced at $20,000.

Works by 42 Black artists were displayed at Butter, an event that requires no fees from artists and collects no commissions on sales.

“Artists are the heroes of society,” Malina Jeffers, co-founder of GangGang and co-curator of Butter, said in a prepared statement. “It’s a dream to be able to narrate that through something so impactful and immersive like Butter. Happenings like this test new models of power in the arts industry. It’s been very exciting to watch it all unfold.”

GangGang, founded in 2020, generates operational funds through Butter ticket sales and merchandise sales. General admission tickets were priced at $35 for Friday through Sunday at Butter. Tickets for Thursday’s preview night were $175.