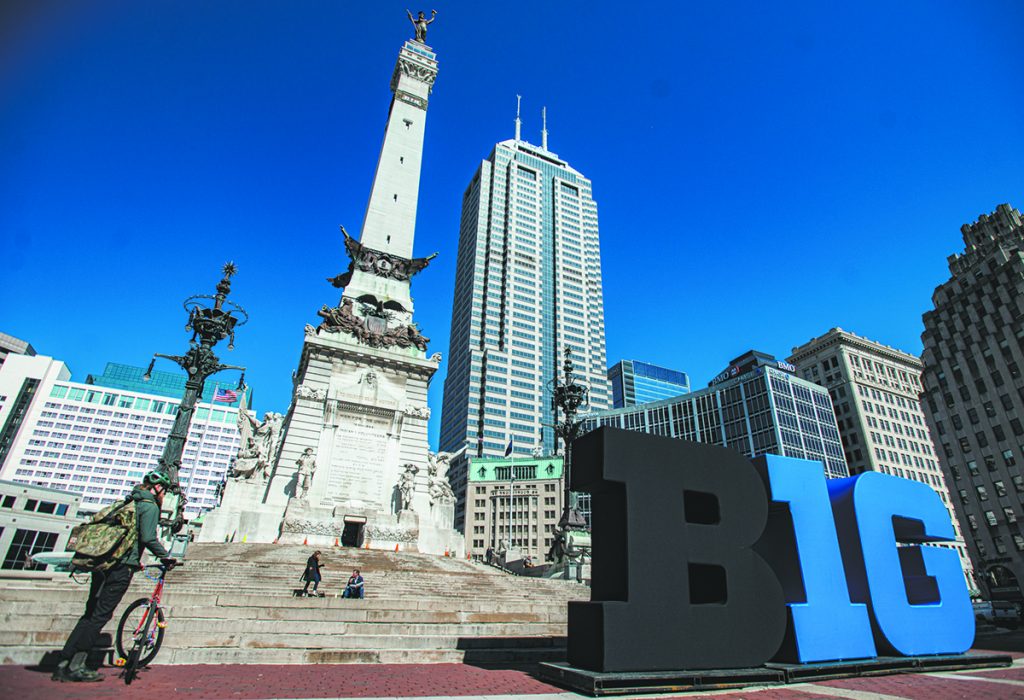 The Big Ten Conference announced at midday Thursday that it is canceling the remainder of its men’s basketball tournament, effective immediately, because of concerns about the spread of COVID-19.

The tournament started Wednesday night at Bankers Life Fieldhouse in Indianapolis. Fans were present for Wednesday’s games, but the conference that evening announced it would be barring them from the remaining days of the tournament, which was supposed to run through Sunday.

In a statement, the Big Ten said it “will use this time to work with the appropriate medical experts and institutional leadership to determine next steps for moving forward in regard to the COVID-19 pandemic.”

The cancellation marks a swift shift in position by the league, which as of early Wednesday evening had planned to proceed with the tournament as planned and with fans present.

It instituted the fan ban about two hours after the after the NCAA said it would play its March Madness games in empty stadiums.

March Madness is one of the most popular events on the American sports calendar. It draws hundreds of thousands of fans to arenas from coast to coast over three weekends.

Like the Big Ten, the Big 12, SEC, ACC and Pac-12 conferences were preparing to play games in large arenas across the country, but with few people in the buildings.