Home » Brahms and Radiohead meet at ISO, thanks to composer Steve Hackman 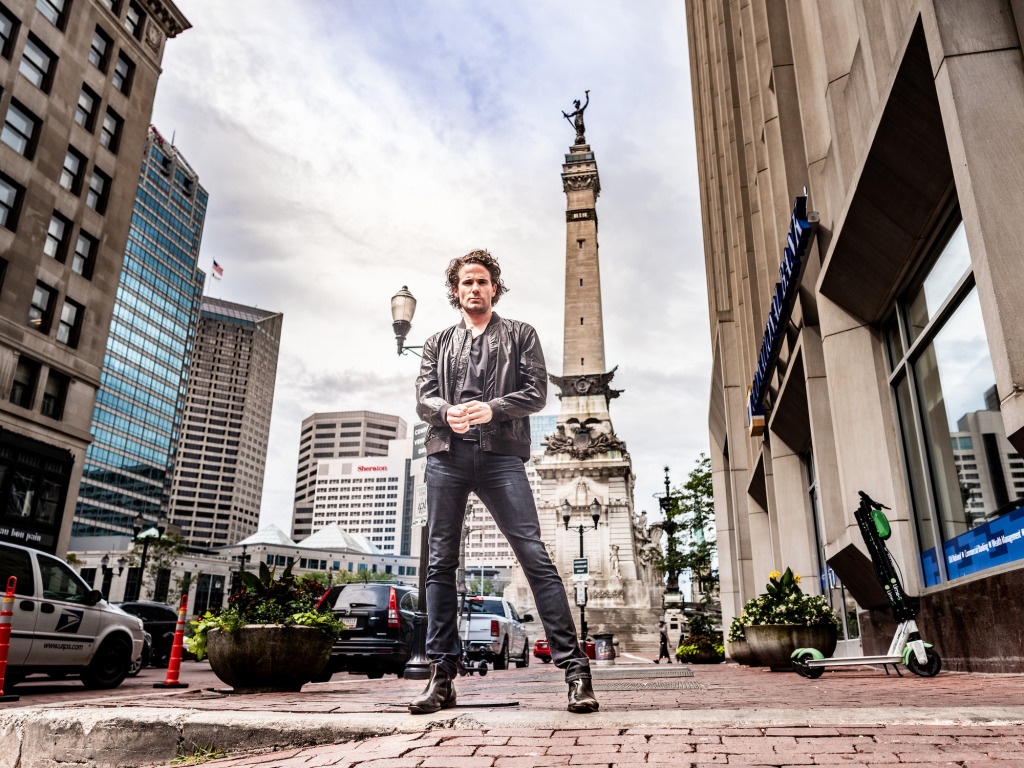 Brahms, Hackman said, was a traditionalist. In contrast, Radiohead built its reputation by bringing new sounds into the context of popular music.

Instead, Hackman—who’s been described as a re-composer—fused Brahms’ Symphony No. 1, which debuted in 1876, and Radiohead’s “OK Computer” album from 1997 because the works overlap in a less-tangible space.

“The pieces share this anxiety and a dark pathos and this brooding feeling,” Hackman said. “It’s that feeling, I think, that makes the piece work—even though the two composers were contrasting in terms of being traditional versus avant-garde.”

On June 1, Hackman will conduct the Indianapolis Symphony Orchestra in a performance titled “Brahms v. Radiohead.” Vocalists Bill Prokopow, Keren Tayar and Andrew Lipke will accompany the orchestra by singing lyrics of “OK Computer” tunes such as “Karma Police,” “Let Down” and “No Surprises.”

The event is the second “Uncharted” program led by Hackman at Hilbert Circle Theatre, following a March presentation of his “Resurrection Mixtape” that fused Gustav Mahler’s Resurrection Symphony with songs by rappers the Notorious B.I.G. and Tupac Shakur.

Hackman’s history with the ISO goes back more than a decade through his work in a “Happy Hour” series that’s been rebranded “Uncharted.” His method of fusing historical classical compositions with modern hitmakers initially gained attention when he unveiled “Brahms v. Radiohead” in 2013.

It would have been easy, Hackman concedes, to pair “OK Computer” with a composer from the past who had a reputation for breaking new ground.

“Given Radiohead’s experimental nature and their penchant for constantly pushing the envelope and blazing new trails and entering into uncharted territory themselves, one would think that somebody like Stravinsky or Bartok or Pierre Boulez or Stockhausen would be a good pairing for Radiohead,” Hackman said. “And indeed they might be.”

Hackman said he gravitated toward Brahms because the German composer represented the opposite.

“You have a group like Radiohead, very much looking forward and very much on the vanguard of the experimental. And then Brahms was very much a traditionalist who was always looking behind him. In 1876, when his first symphony was being composed, you already had Berlioz: Symphonie Fantastique and you had Wagner already premiering Das Rheingold. It’s by intention to have Radiohead through the lens of Brahms.”

Chicago native Hackman was a student at the University of Illinois when a fellow member of a campus singing group listened to “OK Computer” during a road trip.

“I instantly was obsessed,” he said. “My entire sophomore year of college, I listened to ‘Subterranean Homesick Alien’ every night before I went to bed.”

The stature of “OK Computer” hasn’t diminished with time. When Rolling Stone magazine ranked its Top 100 albums of the 1990s, “OK Computer” stood at No. 3, behind Dr. Dre’s “Chronic” at No. 2 and Nirvana’s “Nevermind” at No. 1.

Which isn’t to say Hackman hasn’t taken his lumps from critics for exploring the connections between Radiohead and Brahms. In 2015, Tom Service disparaged the exercise in the pages of U.K. newspaper The Guardian.

“You can weep at the breathtaking cultural violence done to both ‘OK Computer’ and to the First Symphony in one of the most remarkably cynically conceived musical projects I think I’ve ever heard,” Service wrote.

“A lot of that reaction has been informed by unsuccessful and sometimes distasteful attempts to blur the lines or cross the boundaries between classical and popular music,” Hackman said. “I’m aware of that and understanding of that. I have definitely found over the years that orchestras have become much more accepting. I think mainly because the word has spread that this work is being done with care and respect and great intention and, frankly, great ability. I’m not afraid to say that this work has been done well.”

On the topic of controversy, it’s worth noting that Kanye West enlisted Hackman in 2019 to collaborate on a Nativity-themed opera titled “Mary.”

Hackman said he’s grateful for the chance to work with West, who he described as a visionary artist. The opera was written in a collapsed timeline of five days, Hackman said.

“I think he has a belief that sometimes the most explosive creativity can come out of the most extreme and possibly untenable circumstances,” Hackman said. “If you talk with anybody who’s ever worked with him, they will say he pushes you harder than you’ve ever been pushed before. It was an unforgettable experience. Being around him was something I’m very thankful for, and I look forward to doing it again.”