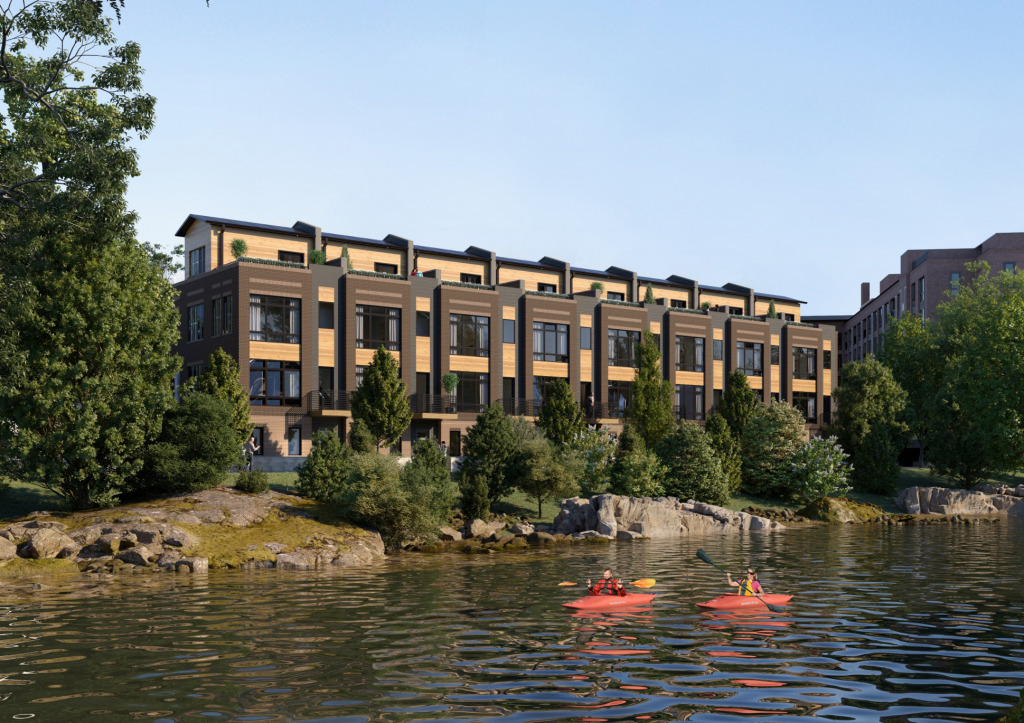 Construction of a new townhomes project in Broad Ripple is expected to get underway in coming weeks, following the demolition of a structure along the White River.

Local development firm JTM Commercial plans to spend at least $5 million to build eight town houses along the river at roughly 1040 Broad Ripple Ave., the former home of Chef JJ’s Back Yard, which closed in 2019.

The project, called Riverbank Townhouses, is planned as a single four-story building on 0.5 acres along the riverbank. The structure would be composed of eight townhomes—each  just under 3,000 square feet with a patio and rooftop deck.

Each residence is expected to have three bedrooms, three-and-a-half bathrooms and a bonus room, plus a two-car garage. The townhomes also are expected to have high-end finishes and listing prices of at least $750,000.

The building that was torn down to make way for the project was built in 1993, originally as an office for Bud Wolf Chevrolet owner Andy Wolf. It sat behind the McDonald’s at 1020 Broad Ripple Ave. and the FedEx Office Print and Ship Center next door.

The townhouse units will have addresses from 1023 to 1037 Riviera Drive, which is the east-west road from which the homes will be accessed.

Todd Morris, principal of JTM Commercial, said the project might help bolster Broad Ripple’s for-sale market at a time when apartment projects have been dominating the village.

“In the grand scheme of things, it’s just eight units, but hopefully it’s a little bit of a domino [effect] to swing back from rental market development to the for-sale development side,” he said. “There are a lot of smaller units in the area that were developed 15 years ago, so our hope is this might start up something that creates more homeownership in the village.”

Morris, through his firm Birch Tree LLC, was also the developer in 2019 of the $18.9 million River House apartments at 6311 Westfield Blvd., a stone’s throw to the west of the planned townhomes and also built along the White River.

His firms have also built multiple office buildings and rehabbed several buildings into condos or apartments throughout Indianapolis.

Even so, Morris said he’s deeply entrenched in the success of Broad Ripple.

He said on Sept. 2 that the project was expected to break ground within a 30-day timeframe, after the Wolf site is cleaned up. He said the construction will take 10 to 12 months.

Studio M, which also designed River House and has an office in that building, is the architectural firm on the project.