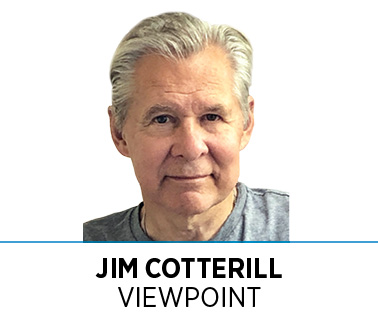 I commend Nate Feltman for his commentary, “Who has a bold vision for the future of Indy?” in the Aug. 30 IBJ. I agree wholeheartedly with Feltman’s statement, “The next mayor should set a vision that includes novel ideas for ensuring Indy’s growth, relevancy and livability.” Everything starts with a vision.

However, economic development efforts cannot succeed in a vacuum, and we cannot substantially grow our economy without the critical involvement of our business community in some of the greatest challenges this city has ever faced. Three of the biggest are: the escalation of criminal homicides, the dearth of employment opportunities for those returning from prison, and the payday loan scandal—which expands the bounds of poverty in our city.

Two years of immersion in our urban community has led us at Unite Indy to identify these issues as some of the most critical contributors to poverty and hopelessness in our city. Increases in criminal homicides, urban unemployment and the number of people living in poverty is not an advertisement for a growing, prosperous city. A great city is not one that has an underbelly of sores. This is what we need to do:

◗ Dramatically reduce the number of criminal homicides. We should all be motivated to help our neighbors confront the senseless loss of their children. Even if you look at this epidemic from a purely economic development perspective, how many companies are going to be attracted to relocate to or to expand operations in a city with a murder rate that has grown more than 65% in the last seven years?

A few other cities have undertaken innovative methods to curtail violence that have worked well—they are willing to work with us. We need to be open to the best ideas and implement them now.

◗ Provide second chances. In spite of “help wanted” signs in every window, we have 4,500 ex-offenders returning to our neighborhoods every year, and many cannot get a job. This dramatically affects our poverty rate, as unemployment in some of our ZIP codes reaches as high as 21%.

A change of attitude regarding consideration of ex-offenders as employees is the answer to filling the thousands of open positions in our area, as it restores the self-respect of previously incarcerated people and helps to mend the brokenness of their families.

◗ Make payday loans affordable. Payday loans are a fact of life for those who live paycheck to paycheck. Yet our Indiana General Assembly has enabled payday loan sharks, who make approximately 1.1 million loans here each year, to charge an annual percentage rate as high as 391%. Last session, our Senate voted down a bill that would have capped payday loans at 36%.

We need to reject this legalized usury, require a change to the 36% cap that many other states have adopted, and work to provide a competitor in all Indiana regions that will make loans with fair terms to those who need them.

I call on Indianapolis business leaders to get involved in these issues and to be agents of positive change critical to our humanity as well as to the economic development of the city we love. That’s the vision, but nothing gets done without action. We need you.•

Cotterill is president and chief unity officer for Unite Indy, a not-for-profit that marshals resources for urban churches and other charities that serve those affected by poverty, violence and other urban ills.