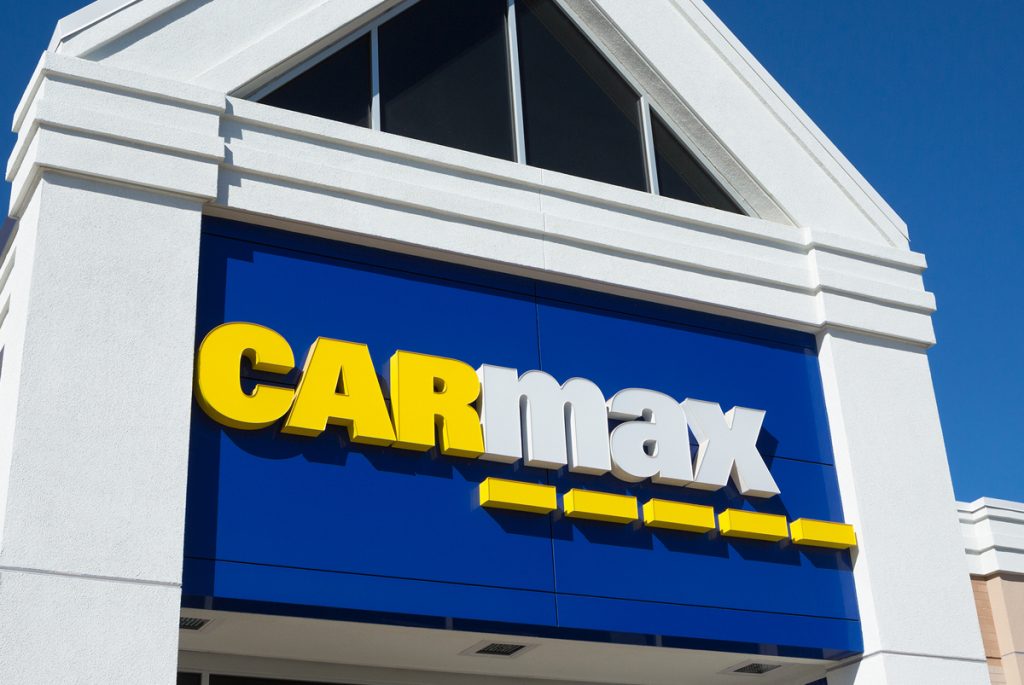 Used-vehicle dealer CarMax hopes to open a second location in Indianapolis, on the city’s south side at the intersection of Interstate 65 and County Line Road.

The Richmond, Virginia-based retailer is in the early stages of seeking approval to build a new store on a 4.6-acre site at 5260 Noggle Way, just north of the Greenwood city limits. The property is northwest of the I-65 interchange .

The company plans to construct a 7,590-square-foot building on the land, according to initial plans filed with the city of Indianapolis Department of Metropolitan Development. The project also would include about 380 parking spaces.

The company already has one location in the Indianapolis area, at 9750 Gray Road just north of 96th Street.

In order to move forward with the south-side project, CarMax must receive a variance of use for the land. It’s currently zoned for C-4 commercial—generally reserved for shopping centers and strip malls, rather than car dealerships.

CarMax, a publicly traded company, confirmed its plans for the dealership—including plans to acquire the land outright—in emailed comments to IBJ on Tuesday morning.

“We are pleased to confirm that CarMax is under contract on a property in the Greenwood area,” the statement said. “We are working through municipal approvals and expect to close on the property this fall.”

CarMax said it generally takes two to three years to open a new dealership, accounting for municipal approvals and construction.

The property is just a portion of a larger, 27-acre parcel owned by Indianapolis-based Claybrooke Commons East LLC, which acquired the land in 2018 for $1.6 million. Businesses on surrounding land include a Kroger Marketplace, several restaurants and three hotels. The property is across County Line Road from the Greenwood Springs Shopping Center.

CarMax also might need a variance for the number of parking spaces it has allocated for customers and employees. It’s required to provide 93 spaces, but only has 68 planned for that purpose.

The filing indicates CarMax plans to have 232 parking spaces reserved for vehicles available for purchase, along with 80 other “non sales” spaces—the uses of which are not disclosed.

The building would include a nearly 2,643-square-foot service area.

According to Department of Metropolitan Development officials, CarMax has filed for a permit to operate the dealership at the Noggle Way address, but has not yet filed a zoning variance petition for the project.

The city typically allows groups to apply for permits as they wait for variance approval, but does not approve the permits until the variance goes through a hearing process with the Board of Zoning Appeals.

CarMax has more than 200 stores nationwide, and earlier this year opened its first location in Fort Wayne.