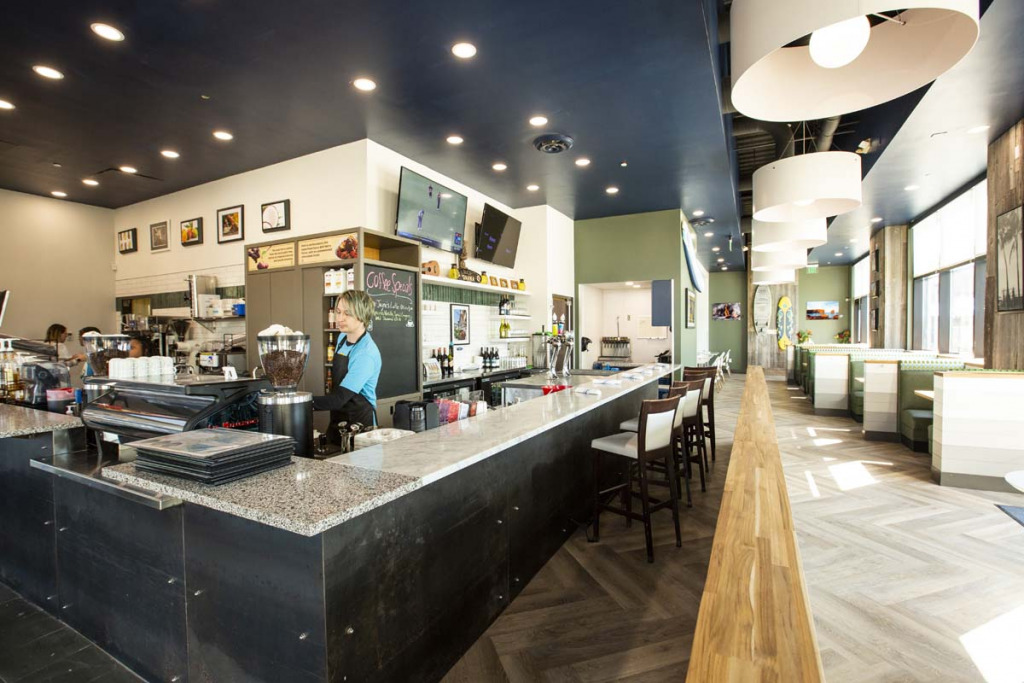 A flurry of new restaurants have either opened or are planning to open in Carmel, including a new Hawaiian-inspired cafe, a triple-concept eatery, a library coffeehouse and a milkshake shop.

Manele Cafe, a Hawaiian-inspired counter-service eatery and cafe, has opened at 703 Veterans Way on the interior plaza of Carmel City Center, near Hotel Carmichael. The space was previously occupied by Hubbard & Cravens.

The business offers a 75-seat dining room, patio space and a menu featuring salads, rice bowls, sandwiches and wraps, a variety of coffee drinks and smoothies.

“We are thrilled to expand our brand and bring a taste of the Hawaiian Islands through Manele Cafe to Carmel City Center,” Barnum said in written remarks.

North Aurora, Illinois-based Oberweis Ice Cream & Dairy Store has filed plans with the City of Carmel to open three restaurants in one new building at the corner of Michigan Road and Weston Pointe Boulevard.

Oberweis, a dairy founded in 1927, began opening its Ice Cream and Dairy Stores in 1951. There are now more than three dozen corporate-owned and franchised stores in Illinois, Wisconsin, Michigan, Missouri and Indiana. The stores offer premium ice cream treats such as cones, sundaes, shakes, malts and smoothies, plus take-home dairy products.

That Burger Joint, founded by Oberweis in 2012, has nine locations, all paired with an Ice Cream and Dairy Store.

Woodgrain Pizzeria, acquired by Oberweis in 2019, has five locations, including three that are combined with the ice cream and burger eateries.

Oberweis hopes to begin construction on the restaurant building this year with an opening planned by late summer.

Carmel-based Java House has been picked as the cafe provider at Carmel Clay Public Library’s main campus. The library at 55 4th Ave. SE is being renovated and is scheduled to reopen in late 2022.

Java House, which has coffee bars at Clay Terrace, in Midtown Carmel and Broad Ripple, will operate in 1,100 square feet in the library building.

Gordon’s Milkshake Bar has been a popular spot in the Mass Ave district, where it opened in early 2019. Now, it is planning another location at 816 W. Main. St. in Carmel, with seating for about 75 people.

The gourmet milkshake shop is expected to open this fall, but an exact date hasn’t been announced.