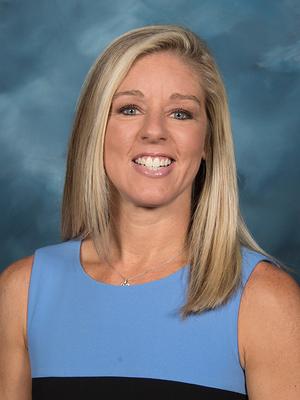 Christie Sides is the new coach for the WNBA’s Indiana Fever, the team announced Friday.

Sides takes over for Carlos Knox, who was the interim coach after Marianne Stanley was fired in May. Indiana finished its latest season last in the WNBA overall at 5-31—tied for the league record for most losses in a season.

The Fever have posted six straight losing seasons after making the playoffs in 2016 with a 17-17 record. The team has put together just one winning season (20-14 in 2015) over the past decade.

“Christie has all the traits I value. She is an excellent teacher with a high basketball IQ. She is a relationship person and a connector,” Fever interim General Manager Lin Dunn said in a written statement. “Christie will be demanding, pay attention to detail, and will also make sure we defend and play hard. I love her energy and believe she is a perfect fit for our young, talented team.”

Sides played college basketball at Ole Miss before transferring to Louisiana Tech, where she helped the team get to the 1999 Final Four and where she holds the career record for 3-point field goal percentage (.448).

“Indiana has a great winning tradition and I am excited to team up with Lin and the rest of the organization in laying the foundation for sustainable success as we enter the next era of Fever basketball,” Sides said in a news release by the Fever.