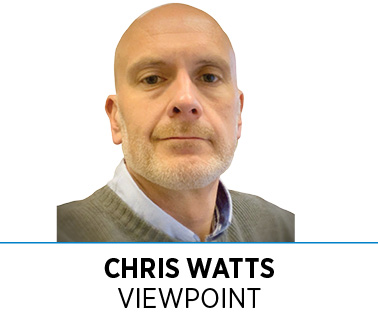 By now, we’re used to the dismal drumbeat of bad economic news caused by the COVID-19 pandemic. But last week’s report that U.S. retail sales plummeted 16.4% from March through April deserves notice. It’s the sharpest decline on record and another ominous sign for Indiana’s finances.

The retail data came a week after April’s state revenue report showed a gap of nearly a billion dollars (44%) below forecasts. Individual income taxes lagged projections by $669 million, but most of these losses can be explained by the extension of the income tax filing deadline to July 15th. Regular withholdings are dropping as unemployment soars, but Hoosiers are also taking advantage of the extra time to file their tax returns.

Two months doesn’t make a trend, but sales taxes have traditionally offered stability during economic downturns. Declining personal income is usually followed by a corresponding sharp drop in income tax revenue. But even after a household is hit by layoffs or pay cuts, spending continues at a certain pace as consumers shift priorities, tap into savings or add debt to avoid dramatic lifestyle changes until absolutely necessary. Sales tax trends are more modest as a result.

During the fiscal years affected by the Great Recession (2009 and 2010), for example, Indiana sales taxes fell below forecasts by a total of 3.6%, while income tax revenue dropped by 11%.

But COVID-19 restrictions put unique pressures on businesses that generate taxable sales, as social distancing leaves the average household with less money to spend and places to spend it. The April retail report confirms this unique dynamic.

The Harvard-based Opportunity Insights Data Tracker is compiling credit card transactions and other private business information to offer an updated state-by-state analysis. It delivers worse news for Indiana: A 33% drop in total consumer spending from January through the end of April, compared with 21% nationally.

If sales taxes continue to fall in tandem with income taxes, the results would be crushing for Indiana; we collect more than half our general fund revenue from sales taxes (the 50-state average is about 31%).

This means harsh choices ahead on teacher pay, public infrastructure and every other sliver of state spending. Moody’s economists predict revenue may not recover until 2024, and the consequences of budget shortfalls will linger far longer—cuts to K-12, for example, could have a generational impact as educational attainment drives economic development and income growth.

This grim analysis isn’t a call to rush re-opening. Consumer confidence will only grow as Hoosiers feel safe in their daily routines, and retail spending will only rebound if we avoid a resurgence of the virus. But as elected officials and fiscal experts manage the fiscal fallout of this public health emergency, sales taxes will be a critical barometer for getting Indiana’s budget back on track.•

Watts is president of the Indiana Fiscal Policy Institute