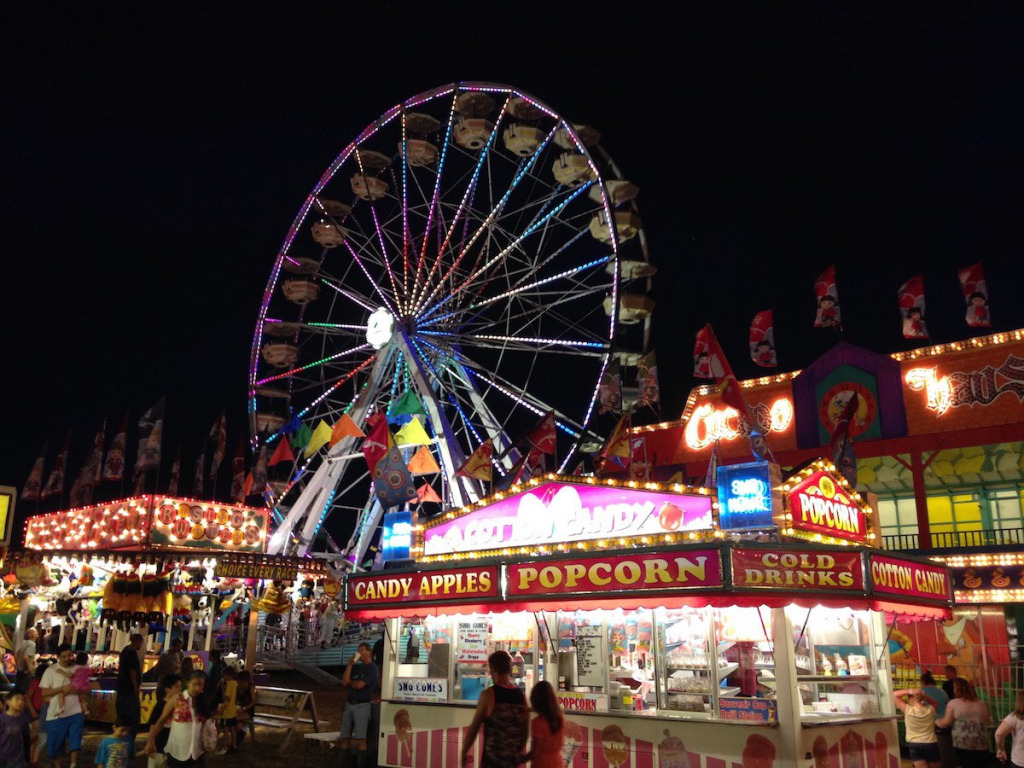 The Marion County Agricultural Fair Association Inc.—a board that oversees the Marion County Fairgrounds & Event Center in Indianapolis—is locked in an ongoing legal feud with its former executive director.

The dispute began this summer when the board sued former Executive Director Jeremiah Tevebaugh in Marion Superior Court for failing to evacuate fair property following his termination. The suit accuses him of trespassing, conversion of property and interference with fairground operations.

A counterclaim from Tevebaugh accuses the fair board of remaining complacent about his sexual harassment  accusations and allegations of illegal political activity by the board—charges the board denies.

The board is a private not-for-profit that says its mission is to create an enjoyable, safe, year-round multi-use facility at the Marion County Fairgrounds on the southeast side of Indianapolis, according to its website.

Shabazz, an attorney, told IBJ on Thursday that he resigned from the fair board and as its president on Dec. 19. In the resignation email to the board, Shabazz cited his exploration of a potential mayoral run and “new legal commitments… coming up next year” as being too time-consuming for him to continue to serve on the board.

Tevebaugh lived in a fairground residence at 7300 E. Troy Avenue. Upon his termination, he was given 30 days to leave the residence and was told he was “no longer permitted to access Fairgrounds’ property, buildings or premises” other than the residence.

The suit said Tevebaugh continued to “enter and encroach” upon fairgrounds property beyond the residence, prompting a cease-and-desist demand and a motion for a restraining order.

According to the suit, Tevebaugh refused to hand over keys and passcodes to fairgrounds property and accounts. The board said Tevebaugh padlocked a heavy motorized vehicle owned by the fairgrounds and changed access credentials to an online payment system used by the board.

Tevebaugh denied most of those accusations in court filings, but told IBJ he had withheld the keys and passwords because he believed the fair board would destroy evidence of wrongdoing.

Court documents say Tevebaugh vacated the residence in mid-October. He was ordered by a judge to hand over passwords and keys on Oct. 17.

In a multifaceted counterclaim filed Oct. 13, Tevebaugh alleges that board leader Cindy Mowery made “romantic overtures” and “sexual advances” toward him, constituting sexual harassment.

Mowery, who became fair board president upon Shabazz’s departure, declined to respond directly to the allegations due to the pending litigation.

“While I would like to offer a rebuttal to the claims made by Mr. Tevebaugh, I am unable to at this time,” Mowery said in an email. “Current litigation prevents me from responding.”

In his counterclaim, Tevebaugh alleges Mowery commented about his “genitalia and downloaded shirtless pictures from Tevebaugh’s Facebook account, which she then commented on and shared with board members.”

On May 10, Tevebaugh said he met with Shabazz and board attorney John Sturgill to make them aware that Mowery was sexually harassing him, according to the documents. The two parties said there was no way they could take action since Mowery was a board member, not an employee, Tevebaugh’s counterclaim states.

After the discussion, Tevebaugh says in court documents that Mowery continued to make “unwelcome advances,” including “invitations to meet at her house, swim in her pool, and join her in a bath.” Mowery also invited him on a vacation to Seattle and requested he wear clothes she’d purchased, the suit alleges.

At the same time, Tevebaugh said he became concerned that the fair board was participating in illegal political activity by using money it received from the city earmarked for fairgrounds maintenance to pay candidates and businesses closely associated with candidates for services.

The candidates were paid “exorbitantly, in effect making campaign contributions to them,” the counterclaim states. The board is governed mostly by Republicans.

The board denied all of the above claims in an Oct. 27 response. Shabazz did not respond to an earlier request for comment on Tevebaugh’s claims.

Tevebaugh is arguing that the board terminated him for refusing to sign an affidavit that city funds were spent lawfully, and that the board is responsible for Mowery’s acts, which inflicted emotional distress.

Jeffrey Scott McQuary, an attorney representing Tevebaugh, told IBJ that the case is still in the discovery phase. It could be a long, complicated process, he said.

Attorneys representing the fair board will likely request a summary judgment, McQuary said. If it’s denied, the case will go to trial.