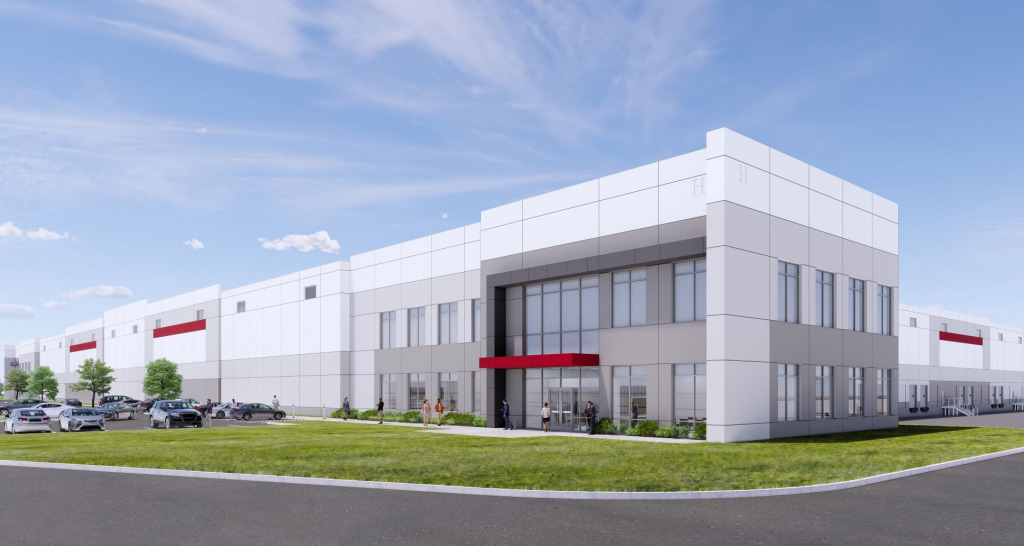 A rendering of the new Whiteland 65 Logistics Center building that was recently completed at 319 Warrior Trail. (courtesy of Hines)

An affiliate of the owner of Fishers-based contractor Deem LLC has acquired a 1.1 million-square-foot industrial building in Whiteland for $104 million in one of the largest single-building industrial sales in central Indiana this year.

The holding company’s address is the same as dozens of other companies Edwards has registered with the Indiana Secretary of State. Many of those companies appear to be used for real estate holdings, and some are even named similarly to the Chill Pharma limited liability company.

While it’s not clear what Edwards plans to do with the building, the name of the holding company indicates uses as a cold-storage or pharmaceutical facility—or both. Deem specializes in electrical and mechanical contracting work, but the company also operates a refrigeration division that outfits buildings for cold storage, including industrial properties.

Deem in 2020 planned to move its operations from East 32nd Street to the former HHGregg Inc. headquarters along East 96th Street, but those plans were abandoned after, according to a company official at the time, the deal “fell apart.”

The company would have occupied the entire 28.6-acre campus at 4105 and 4151 E. 96th St., including a building comprising 415,000 square feet. It would have been home to Deem’s corporate offices and those of affiliate companies Victory Unlimited Construction LLC, Victory Surfaces and Central Security and Communications—all of which are owned by Edwards.

Deem ultimately moved most of its operations to 11201 USA Pkwy in Fishers, the former headquarters of First Internet Bank.

The Whiteland building, which was constructed with logistics uses in mind, was only recently completed. It was developed by Chicago-based firms Hines and Cresset Partners.

Those companies bought the property in June 2021 as part of a larger plan that includes a pair of smaller industrial buildings just north of the Deem building. Those buildings are expected to be 712,000 square feet and 168,000 square feet when constructed.

The first building was completed on a speculative basis, and was the first such structure to exceeded 1 million square feet on the south-side of Indianapolis, according to Hines.

“Industrial demand has increased dramatically in the region, making this site a prized asset for a growing industrial market,” said Will Renner, managing director at Hines. “At the time we began construction, this was the only 1 million-plus-square-foot speculative building in the south submarket of Indianapolis.”