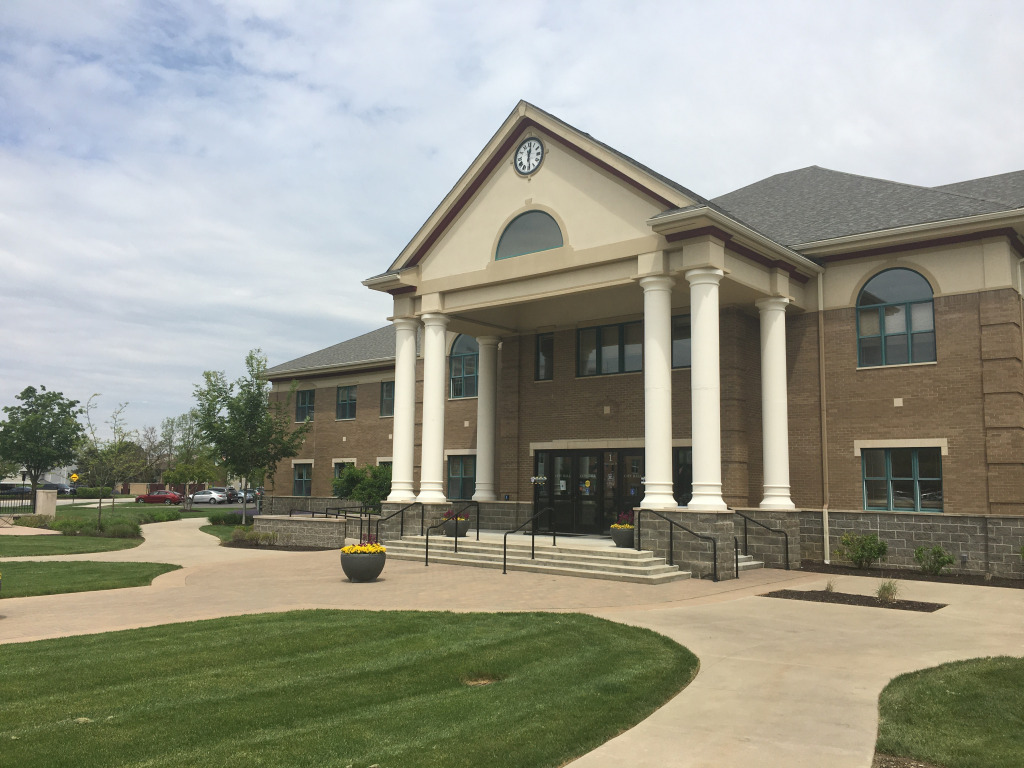 Fishers City Hall has been sinking since it was built in 1991.

The 31-year-old building will be torn down so construction can begin on the $22.8 million Fishers Arts & Municipal Complex, which is expected to open in the spring of 2024.

The public will be able to view the demolition from outside a construction fence on the north side of the site from 9 a.m. to 4 p.m. Monday and Tuesday. A limited number of bleachers seats will be available.

The need for a new building became increasingly noticeable over the years as the sprawling two-story, wood-framed City Hall sank—literally. The western section of the building began to settle into the soft ground immediately after it was built in 1991.

City officials attempted to address damage in 1994 and in 2013, but evidence of the problem could be found throughout the building in cracks along the walls and sloping floors.

Fishers-based Meyer Najem Construction will build the Arts & Municipal Complex on the existing footprint of the 37,000-square-foot City Hall, with a slight expansion east and west.

The facility will include the Fishers Art Center, a flexible 300-seat studio theater and city administrative offices. Bricks and limestone from the existing City Hall will be included in the new building’s facade.

Some Fishers employees are working from home until the Arts & Municipal Complex opens, while other are split between the City Services Building at 3 Municipal Drive and Launch Fishers, the co-working space at 12175 Visionary Way, which hosts city council and other public meetings.