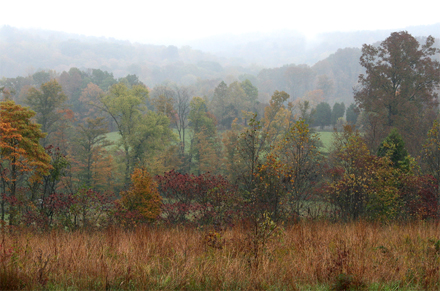 The U.S. Forest Service is pushing ahead with plans to log or conduct controlled burns in parts of the Hoosier National Forest despite some concerns the project could taint the drinking water supply used by more than 100,000 people.

The Indiana Forest Alliance and officials in southern Indiana’s Monroe County sued the federal agency in 2020, contending it violated federal law when it decided to proceed with logging and controlled burns over more than 15,000 acres in northwest Jackson County.

But other environmental groups, including The Nature Conservancy, support the forest service’s management plan.

Opponents worry the project could harm the water quality of Lake Monroe, a reservoir that serves all of adjacent Monroe County and provides drinking water for about 120,000 people.

Although a federal judge temporarily halted the project last April after finding that the forest service failed to “fully evaluate the environmental effects to Lake Monroe,” a later forest service report found that no corrections or revisions were needed to its initial environmental assessment.

The forest service then announced in early December that it planned to proceed with the project in the Hoosier National Forest, which spans about 204,000 acres across nine southern Indiana counties, The Indianapolis Star reported.

Opponents say the forest service’s recent report does not address their concerns that the logging and burning operations will cause nutrient pollution, particularly nitrogen and phosphorous, to flow into the lake and potentially cause harmful algal blooms.

But Chris Thornton, district ranger for the Hoosier National Forest, disagrees. He wrote in a Dec. 5 letter to the federal court that concerns about the project had already been addressed in the service’s original report and that “no further information or clarification was needed.”

“We are issuing the (report) not because we concede that our initial analysis was lacking but to comply with the District Court order and move forward with implementation,” the federal agency said in its report.

The report says the forest service will take steps to curb any adverse effects while logging and controlled burns are implemented, and that not proceeding with the project could result in a decline of the forest’s oak-hickory ecosystems and a lack of diversity in the landscape. It adds that the goal of the forest management project is to “increase the resiliency and structure of forested areas.”

The Nature Conservancy’s Indiana Director Larry Clemens sent a letter to the Forest Service in November supporting the management plan.

“The proposed actions outlined for forest roads, trails, and stream crossing repairs and stabilization have a clear and direct benefit to water quality improvement,” the letter argued.

But Friends of Lake Monroe president Sherry Mitchell-Bruker said in a letter that the only way to ensure there are no “significant impacts” to Lake Monroe “is to leave the forest intact and forgo logging and burning in the Lake Monroe watershed.”

Stant told The Indianapolis Star that the project’s opponents have met and are weighing whether they might take additional legal action.

One thought on “Forest Service to start Indiana project despite concerns”