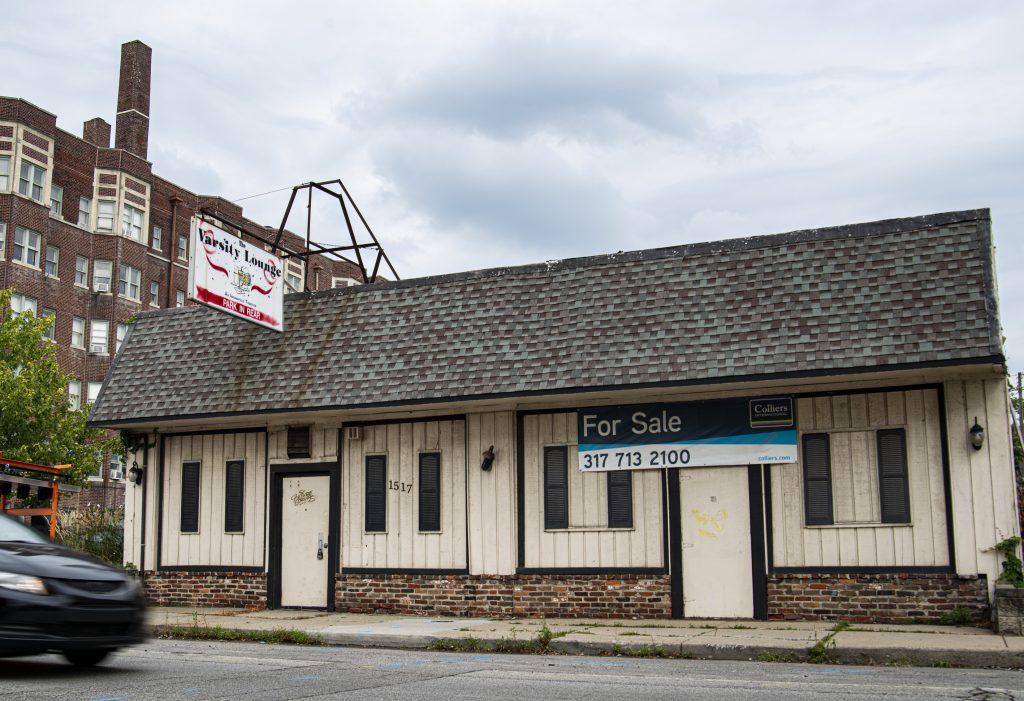 The former home of a longtime, one-story bar on the northern edge of downtown might find new life as a three-story mixed-use project with office space and apartment units.

The site of the now-closed Varsity Lounge, 1515 N. Pennsylvania St., is being considered for redevelopment by a small group of investors, one of whom discussed early plans for the project at the Indianapolis Historic Preservation Commission’s meeting last week.

Kevin Montgomery, a principal at Indianapolis-based krM Architecture, told IBJ his group of investors is working through plans for the property.

The group hopes to demolish part of the existing 3,540-square-foot, one-story structure and reconstruct it, while also adding two stories to the property.

The three-story building would house a single office tenant on the first floor and eight one- and two-bedroom apartment units on the upper two levels, public filings show.

The first floor would be home to the architectural firm, which also has offices in Anderson and Detroit. The 3,375-square-foot space would accommodate 12 employees. krM employs about 25 people between its three offices.

The apartment units—expected to be market-rate—would range from about 700 to 930 square feet. Plans also call for about 15 parking spaces at the rear of the building, including six spaces that would be covered.

“We recognize that it’s extremely early and it will become better and better as we work through the details,” he said.

The number of apartment units and the size of the project could change, Montgomery said. A final development cost has not yet been determined.

While declining to name the other investors, Montgomery said they include a few others from the firm and a friend with whom he’s developed other projects.

He said the group is still in its due diligence period, but it has the building under contract for $270,000 from current owner 1515 Penn LLC.

The current owner bought the building in 2015 for $225,000 after Varsity Lounge closed. Prior to closing, the venue was the oldest gay bar in Indianapolis, dating back to the 1940s, according to a 2012 story in The Indianapolis Star.

The investment group had been looking for a development opportunity for more than a year before deciding on the Pennsylvania Street site, Montgomery said.

“We were not looking to be a developer of some big, risky multifamily building,” he said. “We were looking for something that really could be a big opportunity to make an impact in the area, but a small enough site that we can … do the right scale development that meets our office model.”

The investment group will likely “want to have a conversation” with city officials about whether there are opportunities for improvements to public infrastructure—including an alley adjacent to the property—if they move forward with the project, Montgomery said.

krM currently is located in the Stutz Business Center at 1060 N. Capitol Ave. Its most recent notable projects include the Michigan Road branch of the Indianapolis Public Library and the ongoing restoration of the American Legion Building on the Indiana War Memorial Mall.

The building is within a few blocks of IndyGo’s Red Line, which launches next month, and the planned Purple Line.  The proximity to the rapid-transit routes should prove beneficial, Montgomery said.

“As we look forward to Indianapolis continuing to grow and become more urban, I think that will be a big perk for this location,” he said.