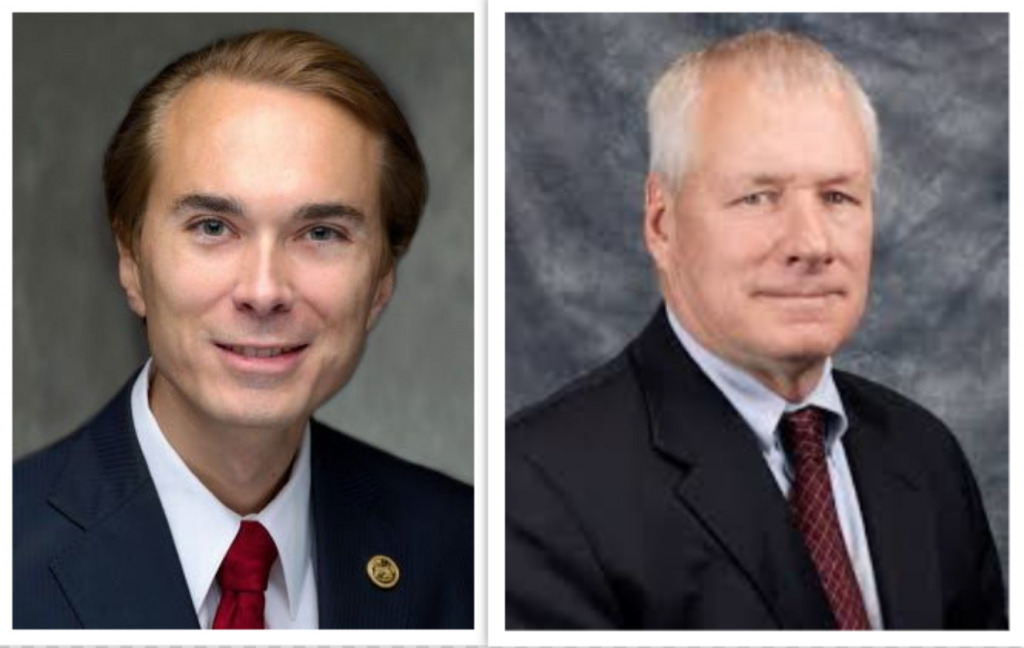 The U.S. Attorney’s Office for the Southern District of Indiana announced the charges Tuesday morning.

An official at the Indiana Gaming Commission did not immediately return a request for comment about the impact of Keeler’s arrest. Spectacle Entertainment is operating the Majestic Star I and Majestic Star II casinos on Lake Michigan and is constructing a $300 million land-based casino that will replace those riverboats.

The FBI executed an arrest and search warrant Monday morning at Waltz’s house.

The indictments are related to an earlier investigation that became public in January when Republican strategist Chip O’Neil, a vice president at Strategic Campaign Group, pleaded guilty to conspiracy in federal court in Virginia. He admitted to helping collect donations from small donors in the names of candidates who never received the money.

O’Neil said in court that at least eight people, including his girlfriend, were used as conduits for illegal corporate donations to a U.S. House candidate in Indiana. Court documents did not initially reveal the candidate, but Federal Election Commission records indicated the recipient of the funds was Waltz, a Republican who unsuccessfully ran for Indiana’s 9th Congressional District in 2016.

Court records implicated an unnamed Indianapolis gaming company and its vice president and general counsel as part of the scheme. The Indiana Gaming Commission later acknowledged that company was New Centaur LLC, which at the time owned two race track casinos in Indiana, and the executive was Keeler.

Rogers also allegedly transferred money from New Centaur to Waltz, who also recruited straw donors and either reimbursed them or paid them in advance, according to the U.S. Attorney’s Office.

Earlier this year, after the investigation became public, the Indiana Gaming Commission put approval of a Terre Haute casino on hold for months because Keeler and former Centaur CEO Rod Ratcliff were involved in the project.

Ratcliff was initially chairman and CEO of Spectacle Entertainment, but he resigned in June. In a statement dated Sept. 25, Spectacle said Ratcliff “is enjoying his well-deserved retirement after 26 years in the gaming and horse racing industry.”

He still maintains an ownership stake in the company though and is responsible for investor relations.

Jahnae Erpenbach, who is the former senior vice president and general manager of gaming at Centaur Gaming, became the new CEO and chair following Ratcliff’s departure.

“It is important to remember that Mr. Keeler is presumed innocent of all charges,” the company said in the statement. “Spectacle Entertainment will have no further comment at this time.”