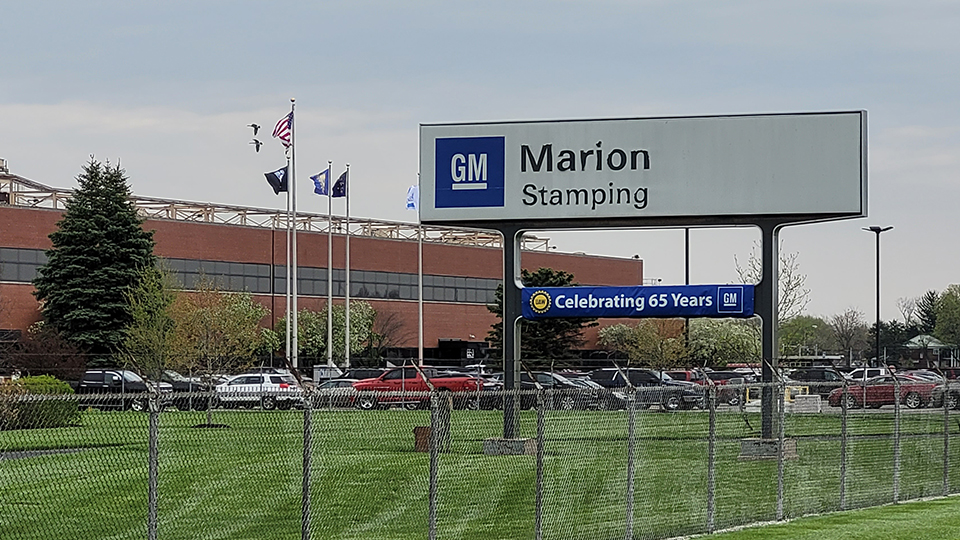 General Motors Co. is planning to spend $491 million to expand and upgrade operations at its Marion Metal Center, the company announced Thursday.

The investment will add 6,000 square feet, as well as new and upgraded equipment, to the 2.7 million-square-foot facility to support the automaker’s electric vehicle production.

The Indiana Economic Development Corp. confirmed to Inside INdiana Business that no new jobs were expected to be created as a result of the expansion.

The Marion Metal Center, which was established in 1956, produces sheet metal stamped parts and blanks that are sent to GM assembly plants throughout North America. The plant employs about 750 workers.

“While this investment prepares the facility for our all-electric future, it’s really an investment in our talented Marion team and will keep the plant working for many years to come,” Gerald Johnson, GM’s executive vice president of global manufacturing and sustainability, said in written remarks. “This investment is another example of the company bringing everyone along and investing in the people who make manufacturing a competitive advantage for GM.”

“Indiana is the No. 1-ranked manufacturing production state in America per capita and ranks in the top three for automotive vehicles,” said Holcomb. “It’s exactly because of investments like GM’s in advanced technology and future-focused solutions that will ensure Indiana will continue to be a leader in tomorrow’s manufacturing, making the products that power and redefine mobility the world over.”

Construction on the addition and installation of equipment are expected to begin this year. The expanded operations are slated to start in late 2024.

The state incentive package must still be approved by the IEDC board of directors.

The city of Marion will also consider additional incentives.

“General Motors’ investment is a reminder of the past and a glimpse of the future,” said Charity Bailey, executive director of the Grant County Economic Growth Council. “Manufacturing in Grant County is strong and so are the people. The future is urging us to be forward thinking and adaptable. GM is entrusting a part of their future to Grant County, and we are grateful.”

The announcement is the latest in a series of investment plans for electric vehicles in Indiana. In May, global auto giant Stellantis and Samsung SDI in South Korea announced a joint venture that would invest more than $2.5 billion to build an electric vehicle battery facility in Kokomo and create 1,400 jobs.

The St. Joseph County Council is currently considering an incentive package for Ultium Cells LLC, a joint venture between GM and LG Energy Solution in South Korea, for a potential $2.4 billion EV battery manufacturing plant in New Carlisle that could bring 1,600 jobs to the area if the site is selected for the project.