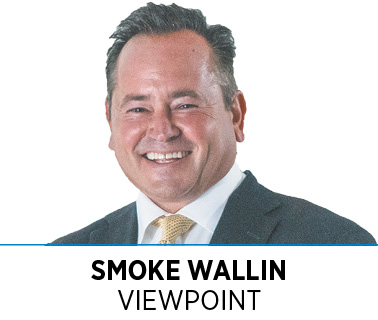 While the COVID-19 pandemic continues to wreak havoc across Indiana, small businesses and their employees are paying a heavy price. Hundreds of thousands of workers in Indiana submitted unemployment applications, and thousands of bankruptcies have been filed since the pandemic began.

There are two ways to remedy this. First, Congress has introduced House Resolution 5587, which would allow FDA-regulated, hemp-derived CBD to be marketed in dietary supplements and as food and beverage additives. Several members of Congress have thrown their support behind such a measure.

The second path is for the FDA to take action. The regulatory body has a chance to stabilize and save small businesses as several companies in this industry across America have declared bankruptcy. Those companies, at least in part, blamed the FDA’s inaction on ingestibles for their decline. This one policy change would have saved hundreds of jobs and kept revenue streaming into local restaurants, shops, stores and communities.

Either action would loosen restrictions on the marketing of CBD products and surely support the growth of the hemp-derived CBD industry in 2020. The growth trajectory remains strong long term—including here in Indiana, where the industry already employs hundreds of workers.

Yet it could be even greater if the FDA were to act. This would allow companies like Walmart, Target and Kroger to get fully behind CBD products. Industry experts estimate the potential associated market with CBD edibles, beverages and other products could exceed $23 billion by 2023.

Another major benefit to federal action is that CBD would be sold in a regulated manner with uniformity regarding labeling and potency. The industry applauds the recent decision by Virginia Gov. Ralph Northam to join other states in allowing CBD in food despite federal prohibition. Yet without federal action, states will wind up with a patchwork of laws and regulations, potentially adding further confusion to the market and prohibiting mainstream retailers from participating broadly in the category.

As many here in Indiana know, hemp and hemp-derived CBD are from cannabis plants with less than 0.3% THC. They are not psychoactive and therefore cannot get you “high.” CBD is used by millions and widely considered safe. Oils, ointments and topicals are popular because they are naturally occurring and are used for potential healing properties, including pain relief, anti-inflammation and to fight anxiety.

There’s no reason common-sense policy cannot prevail, especially in a time of crisis. Indiana’s elected officials should urge the FDA to help the economy in Indiana, small-business owners and farmers across America and allow CBD ingestibles into the marketplace.•

Wallin is CEO of Vertical Wellness, a vertically integrated-brand company in the hemp-based CBD industry.