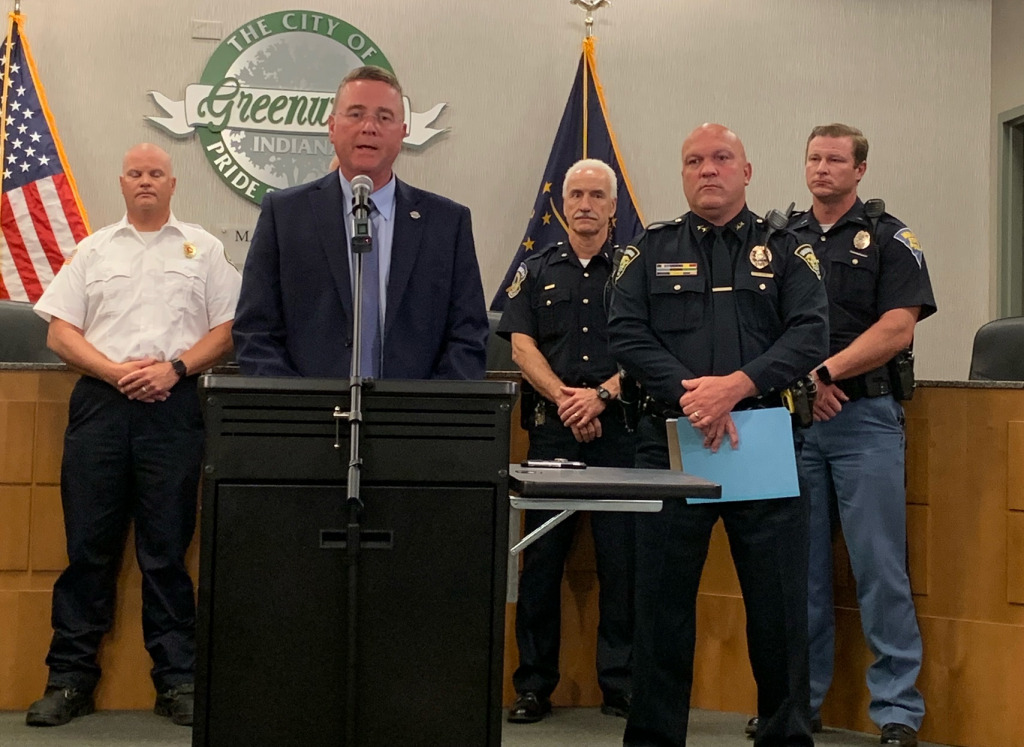 The ex-girlfriend of a 20-year-old man who fatally shot three people at Greenwood Park Mall in July said he told her he didn’t expect to make it to 21 and that if he killed himself, he would “take others” with him, a police chief said Wednesday.

Jonathan Douglas Sapirman also had a fascination with Nazi Germany, according to the girlfriend, who was interviewed after the July 17 shooting at the mall. But while the three slain victims were Hispanic, there was no indication the shooting was racially motivated, according to Greenwood Police Chief James Ison, who said authorities have not determined a specific motive for the attack.

Ison said there were no red flags raised that could have tipped off authorities about the killings beforehand. Sapirman, who was shot and killed by an armed shopper shortly after opening fire, posted more than 700 comments on social media about mass killers between 2017 and this year, but never indicated he was planning to carry out such an attack, Ison said at a news conference.

“On the contrary, almost every post was more of a discussion or debate concerning other high-profile mass killings around the country,” the police chief said. He said Sapirman “acknowledged several times in these comments that he studied and researched mass killings and serial killers.”

“It seemed that he enjoyed debating” such events with other users, Ison said.

The FBI was able to revive Sapirman’s cellphone, which he dropped into a mall toilet before the shooting, but have not yet been able to determine its password. With about 1 million possibilities available, that ongoing process could take years, Ison said. Data on Sapirman’s laptop was completely destroyed after he placed it an an oven with a butane tank, authorities reiterated Wednesday.

Sapirman opened fire at the mall around closing time, killing married couple Pedro Pineda, 56, and Rosa Mirian Rivera de Pineda, 37; and Victor Gomez, 30, all from Indianapolis. A woman was shot in the leg and a 12-year-old girl was hit by shrapnel, police have said.

An armed bystander—22-year-old Elisjsha Dicken, a Seymour, Indiana, man who had been at the mall shopping with his girlfriend—fatally shot Sapirman shortly after he started shooting.