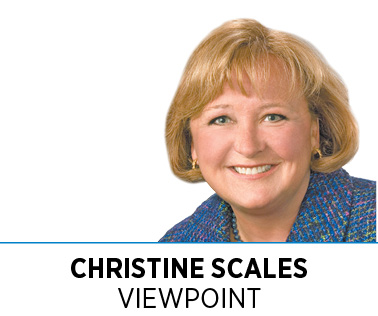 Lady Justice is supposed to be blind—color-blind. In Indiana, however, “justice for all” distinctions still appear to be made between black and white. Blacks are disproportionally charged with more crimes than whites. Harsher sentences are pronounced for blacks than whites charged with the same level of crimes. It is evident that state attorney and disciplinary recommendations ratified by the Indiana Supreme Court are also not immune from racial bias.

The recommended punishment for Hill, a black man, serves as a testament to Indiana’s history of racial bias. The Indiana Supreme Court Disciplinary Commission’s recommendation of a two-year law license suspension without automatic reinstatement for Hill stands in stark contrast to the professional disciplinary actions recently recommended and carried out against two white Clark Circuit judges involved in a downtown Indianapolis shooting with two other men after a night of drinking.

The judges’ blood alcohol levels proved them each to be well over the legal limit for driving while intoxicated and court records indicate both judges kicked and wrestled with two other men in an altercation before being wounded in the shooting. A grand jury charged one of the judges with multiple felonies and misdemeanors. Through a plea agreement, he pled guilty to misdemeanor battery and was sentenced to 365 days of jail time, all suspended.

What punitive disciplinary actions did the judges suffer for their professional misconduct and criminal charges? Through an emergency action taken in June, one of the judges was suspended from the bench with pay and then reinstated to the bench Jan. 13. The other served a 30-day suspension without pay and was automatically reinstated Dec. 23.

Hill has had no criminal charges filed against him over accusations of inappropriate touching of women at an Indianapolis bar. His alleged actions for which professional misconduct charges have been brought did not result in life-threatening injuries. Hill’s level of sobriety or drunkenness has not been established.

Nonetheless, if the Indiana Supreme Court accepts the disciplinary commission’s recommendation, it will force Hill’s resignation from elected office and prevent him from earning a living within the legal profession for a greater length of time than the judges.

Light punishments recommended by the state disciplinary commission and approved by the Indiana Supreme Court for egregious actions perpetrated by white male attorneys abounded in 2019, including a stayed suspension for an attorney after a drunk driving conviction stemming from a hit-and-run crash. It was not his first conviction.

Despite the work of the Indiana Supreme Court Commission on Race and Gender Fairness, racial inequities in Indiana’s justice system appear firmly entrenched.

His alleged personal transgressions must not be found to be more flagrant and more severely punished than those of white attorneys with criminal convictions. Lady Justice—a color-blind Lady Justice—must prevail in Indiana.•

Scales is a former member of the Indianapolis City-County Council.