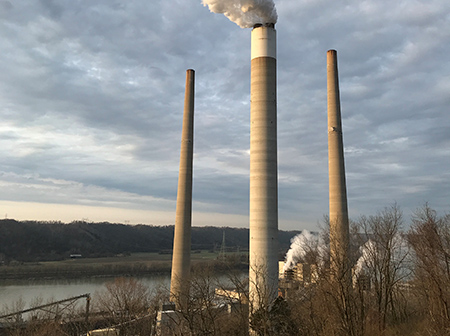 A bill that would prevent Indiana utilities from shutting down coal-fired power plants without state permission was approved by a House panel on Wednesday, despite widespread opposition from business, environmental, utility, ratepayer and social justice groups.

The Republican-controlled House Utilities Committee voted 9-4, along party lines, in favor of House Bill 1414, which would prohibit utilities from shutting down plants without approval from state regulators.

Coal accounts for more than 60% of the state’s electricity generation, but several large Indiana utilities are planning to shut down thousands of megawatts of coal-fired generating capacity in favor of cleaner or cheaper fuel sources in coming years.

The bill’s sponsor Rep. Ed Soliday, R-Valparaiso, said coal mines around the nation are closing at an alarming rate, putting the reliability and stability of the electricity sector in question. In 2010, Indiana had 26 active coal-burning power units. By 2016, it had just 13. U.S. coal consumption is now at its lowest point in 40 years, and at least six major coal companies have gone bankrupt since 2015.

That is happening as utilities are shifting to cleaner, cheaper sources of fuel to generate electricity, including natural gas and renewables such as wind and power

Soliday said policymakers need time to study how to adjust during a time of sweeping transformation. “It is not a bill to make coal last until the second coming,” he said.

Under an amendment approved by the committee, the bill will expire under a sunset date of July 1, 2021. In the meantime, Soliday said, a statewide energy task force, which has been meeting for the past year, can make recommendation on how to grapple with energy generation and consumption.

But opponents said the bill will interfere with market forces, including cheaper costs of fuel and the falling costs of green technology.

During a hearing that stretched for nearly four hours, more than 30 witnesses testified against the bill. The bill’s only supporters in the audience appeared to be from the coal industry.

“There is no fire bell ringing in the night,” he said.