Home » Abbey Chambers: Inclusive growth in Indianapolis … will we mess it up? 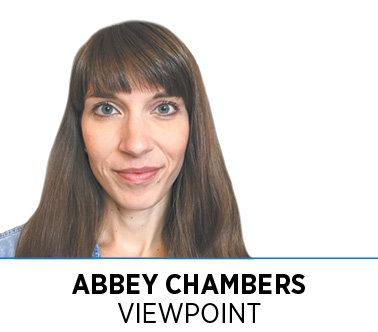 Downtown is expanding and the tidal wave of neighborhood revitalization surrounding the Mile Square is seeping farther away from the city center into areas where crime, unemployment and poverty rates are high. Instead of “lifting all boats,” however, this revitalization—or, let’s be honest, gentrification—is, as has happened in the past, pushing our biggest urban challenges toward our municipal borders.

Fortunately, thanks in part to Unigov, Indianapolis is uniquely and advantageously situated to do something about this. As our urban challenges creep away from the city center, they are still within city limits and governmental reach, and city leaders, decision-makers and influencers seem ready to coalesce their public-private partnerships around the idea of inclusive growth. If they can figure out how to engage with residents and grow and distribute economic and social wealth differently, our city can grow more equitably and inclusively.

Unfortunately, some red flags indicate Indianapolis might mess up its opportunity to be a model city for inclusive growth. For example, on the near-east side, a place full of dedicated residents but dogged with urban challenges, Lilly Endowment granted $4.3 million through its Arts and Cultural Innovation grant program to establish the 10 East Arts + Design District.

I saw shock and outrage from residents when a grant writer presented the proposal, which by then had already been submitted. It appeared grant writers had created the plan from the top down, without sufficiently engaging with people and efforts already in the area. The plan seems to gloss over the cultural diversity of the community without allowing for enough integration of existing efforts or fully considering residents’ visions for their neighborhood’s future.

Despite some city leaders’ denials that gentrification is a problem in Indianapolis, I hear residents in places like the near-east side and near-northwest side express worry that money and power will take their neighborhoods away from them through the facade of urban revitalization “for the common good” that is actually composed of—whether intentionally or not—top-down structures and processes that exclude more than they include. Residents worry about being economically and culturally displaced.

We deliberately catalyze economic development in disinvested places to increase their profitability, knowing not everyone can keep up with increases in costs of living and that economic and cultural displacement will likely happen.

Inclusive growth should take an intentional shift toward prioritizing human-centered economic development and not tolerate indifference to revitalization’s known consequences. We must slow down revitalization efforts and build structures and processes that appreciate and include all residents. But will we? How invested will Indianapolis be in inclusive growth?

If we are not all-in on doing the slow and challenging work of full-on inclusion, we will most certainly mess it up.•

Chambers is a doctoral student at IUPUI, where she is studying economic development and neighborhood change in Indianapolis.

One thought on “Abbey Chambers: Inclusive growth in Indianapolis … will we mess it up?”