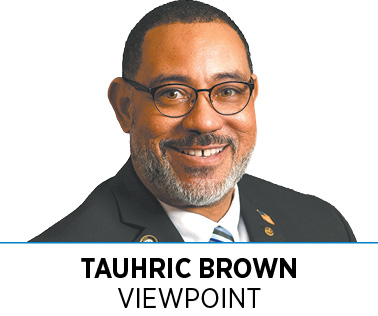 Gearing up for this year’s event caused me to consider what else being “safe at home” entails. On the surface, we think of the obvious things, such as eliminating tripping hazards, securing railings on porches and installing better lighting.

September is National Fall Prevention Awareness Month. The reason there’s an entire month dedicated to fall prevention is that one in four people age 65 and older will fall at least once this year. That leads to increased hospitalizations at an average cost of $30,000 per incident, not including the cost of rehabilitation or ongoing therapy.

But being safe at home also means helping people feel safe in their community. Lately, that sense of safety has taken a tumble of its own.

Through Aug. 1 this year, Indianapolis reported 160 homicides, most of those involving a gun, according to a recent article in The Indianapolis Star. There have been more than 450 non-fatal shooting victims, making this a record year of violence in our city.

Gun violence harms everyone. It shatters lives and erodes neighborhoods. But older adults might be impacted more than other groups.

Gun violence causes seniors who once felt safe sitting on their front porches to isolate themselves inside. It causes them to think twice about taking a walk around the neighborhood, planting flowers in their yards or going out with friends after dark. Long-term exposure to stress weakens social ties, reduces physical activity, weakens cognitive function and increases health vulnerabilities.

Making Indianapolis neighborhoods safer from gun violence takes a bigger effort than CICOA’s single day Safe at Home event or even a national awareness month. I don’t know the complete answer, but I know we’ve got to come together as a community to create better interventions.

I support these efforts. We also need neighborhood advocates and watchdogs. We need our faith leaders involved. We need people to step up and report crime. We all play a role in making our neighborhoods safer.

Seniors have built these neighborhoods, and in many ways, they are the glue that keeps them together through volunteerism. They deserve to be able to sit on their porches in peace or walk around the block and talk to neighbors without fear. Let’s collaborate and do something to make Indianapolis safer for everyone, so we can all be safe at home.•

Brown is president and CEO of CICOA Aging & In-Home Solutions, which works to help older adults and people with disabilities in central Indiana live as independently as possible.