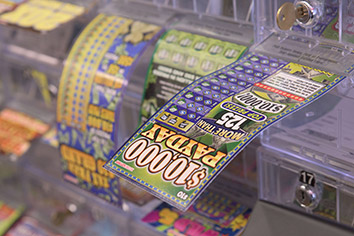 The Hoosier Lottery’s profit going to state government dropped by nearly $8 million this past year, which agency leaders said Tuesday they considered a success after the pandemic turmoil of the past several months.

The lottery produced $304.5 million in profit for the state for the budget year that ended June 30. That’s a 2.5% decline from a year earlier and came as Indiana lottery players spent 12% more on scratch-off tickets while sales slumped for the big jackpot games such as Powerball and Mega Millions.

More than 5% of the lottery’s roughly 4,300 retail ticket sellers were closed for extended periods after statewide business restrictions were put in place in March because of the COVID-19 outbreak, lottery officials said.

“It is kind of a remarkably great year considering the circumstances,” Zielke said during a commission meeting.

The state directs $60 million of the lottery proceeds to pension funds for teachers, police officers and firefighters, with most of the rest going toward reducing auto excise taxes.

Indiana saw its ticket sales for jackpot games fall by 22%, to $291 million, which officials blamed on the lack of giant prizes that grow over several months.

“In years past, we had seen over $1 billion in jackpots for both Powerball and Mega Millions,” said Carrie Stroud, the lottery’s chief of staff. “This is the year where we barely hit over $400 million so a little bit disappointing in the result of the sales there. But purely jackpot driven.”

The Hoosier Lottery made up for that with a 12% jump in scratch-off ticket sales to nearly $1.1 billion. That meant record overall revenue for the lottery, but the profit declined slightly because a higher percentage is paid out for prize money in scratch-off tickets than in jackpot games.

Hoosier Lottery proceeds to the state have increased by about 50%, from $205 million in 2012, which was the last year before the privatization contract took effect. But it remains below the original goal of $410 million in annual profits by 2018 under the privatization plan.