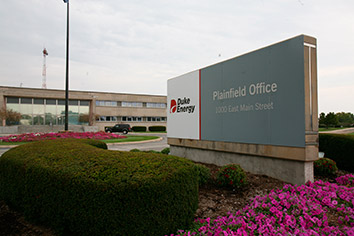 Indiana regulators have slashed by 60% a request from Duke Energy to raise rates on 840,000 customers across the state.

The Indiana Utility Regulatory Commission ruled Monday that Duke Energy, the state’s largest electricity provider, could collect an additional $146 million a year from customers. That’s down sharply from Duke Energy’s original request of $395 million and its revised request of $362 million.

A Duke Energy spokeswoman said it would take several weeks to calculate new monthly rates, based on the approved revenue requirement. Under the utility’s original request, filed last summer, monthly household bills would have increased by an average of 15%.

The increase, after it is calculated, will be implemented in two phases: the first later this year, and the second next year.

Duke Energy had said it needed to raise rates to offset the costs of generating cleaner electricity, improving the reliability of electric service and making “investments to serve a growing customer base.”

“We know this is a challenging time for customers,” Stan Pinegar, president of Duke Energy Indiana, said in a written statement. “We have taken a number of steps as a company to help customers financially during this pandemic. We voluntarily suspended service disconnections for nonpayment, as well as a variety of customer charges, which continues today. We wanted customers to have peace of mind that their electric service would remain on at the height of the pandemic. We remain committed to working with customers who may be struggling financially.”

Duke Energy said the next step is to file for implementation of rates, and it will take about a month for that to be compiled and reviewed by state utility regulators.

The Office of Utility Consumer Counselor said it was still reviewing the IURC’s 175-page order and had no immediate comment.

State regulators said they implemented various “rate mitigation measures” to reduce the impact of Duke Energy’s proposed rate increase on customers. These included lowering the utility’s authorized return on equity from the company’s request of 10.4% to 9.7%.

The commission also denied the utility’s request to implement an electric decoupling mechanism, which would have separated fixed costs from sales volume for residential and small commercial customers. The commission said the proposal was “not in the public interest” because it would allow Duke Energy to recover revenue for reductions in energy consumption.

Regulators also took final steps to fold the costs of Duke Energy’s massive Edwardsport generating plant into base rates for customers, rather than keeping the plant’s costs separate under a standalone tracking mechanism.

The order pointed out that as older coal-fired units reach the end of their useful lives and are largely replaced by non-coalfired units, “Edwardsport will remain in a position to be a meaningful contributor to maintaining a diverse generation portfolio that will benefit customers and the grid as a reliable and nonintermittent energy source.”

Edwardsport has been a controversial project since its inception, and construction costs spiraled to $3.5 billion, about double the original estimates. Some consumer groups have called it a boondoggle and an unproven “science project.”

“On the one hand, kudos to the IURC for the significant reduction in both Duke’s overall request for an increase in revenues, and for the reduction in Duke’s (return on equity),” the organization said. “Clearly, the IURC is finally hearing the message from the public that its customers that need relief right now, not the utilities.”

It added: “We are extremely disappointed that the IURC has now condemned the captive customers of Duke Energy to pay what amount to confiscatory rates for the Edwardsport IGCC plant for years to come. Unless you’re a Duke executive or shareholder, there is nothing used or useful about the Edwardsport boondoggle.”

Duke Energy had its last rate case in 2004, when the company was known as PSI/Cinergy. It merged with Duke Energy Corp., based in Charlotte, North Carolina, in 2005.

The utility serves about 840,000 electric customers in 69 of Indiana’s 92 counties. That includes suburban areas near Indianapolis, Louisville, and Cincinnati, along with the cities of Bloomington, Terre Haute and Lafayette.