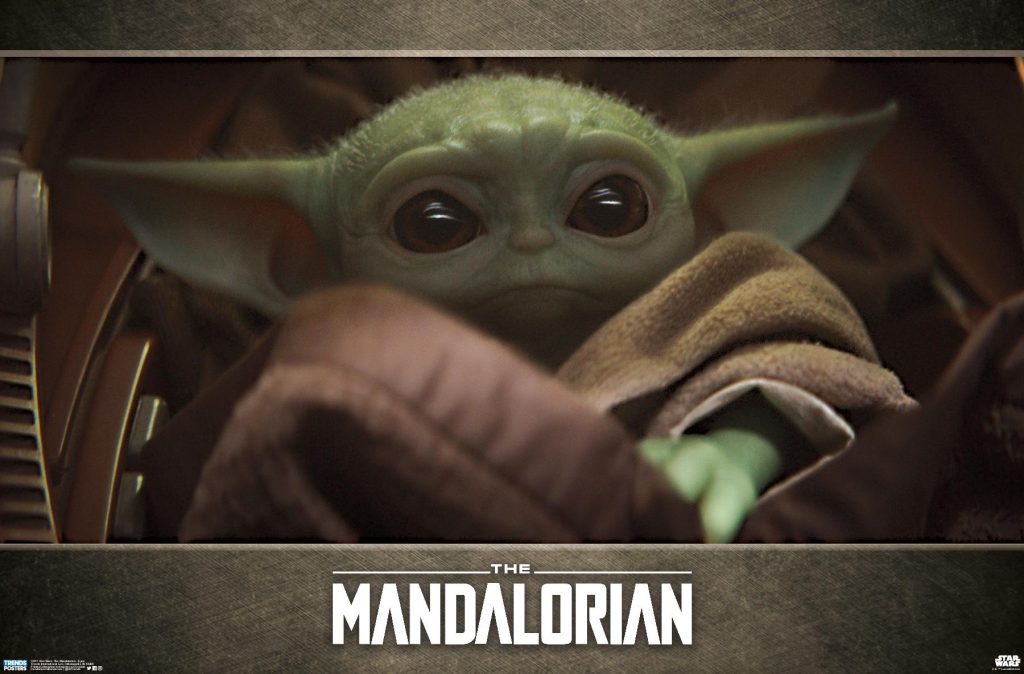 An Indianapolis-based company that publishes licensed posters, calendars, stickers and social stationery products has established itself as a frontrunner in the effort to get Baby Yoda products to market.

Trends International LLC announced Thursday that it has already launched three different posters featuring the Baby Yoda that can be purchased online in time for Christmas. Several other products will roll out after Jan. 1.

Baby Yoda is the breakout star of the new Disney+ “Star Wars” spinoff series “The Mandalorian.” The character, who probably isn’t Yoda, is referred to as “the child” in the series.

Fans began asking for Baby Yoda toys and merchandise immediately after the character debuted in mid-November. Disney has rushed a line of toys based on the character into production and is taking preorders through various retailers, but the products won’t be available until April.

Trends International, however, said it has partnered with LucasFilm Ltd. to get products out faster. The three posters are already available on Amazon.com and ShopTrends.com and will be sold at Walmart, Target and Five Below after the first of the year.

Also coming in January will be a Baby Yoda wall calendar on Amazon and phone decals at Five Below.

“’The Mandalorian’ has given ‘Star Wars’ fans a new adventure, and there’s not a more important time to deliver products that support that sense of adventure and community than now,” said Matt Elliott, vice president of marketing and creative at Trends International, in written comments.

Trends International, 5188 W. 74th St., was founded in Mississauga, Ontario, in 1987 and established an Indianapolis presence in 2001 after acquiring the poster division of Mead Corp. (formerly At-A-Glance and Daydream Publishing).

The company has 95 full-time employees in Indianapolis and 23 in Canada, plus 100 part-time field merchandisers.