Home » UPDATE: Indianapolis in talks to host every game of 2021 March Madness 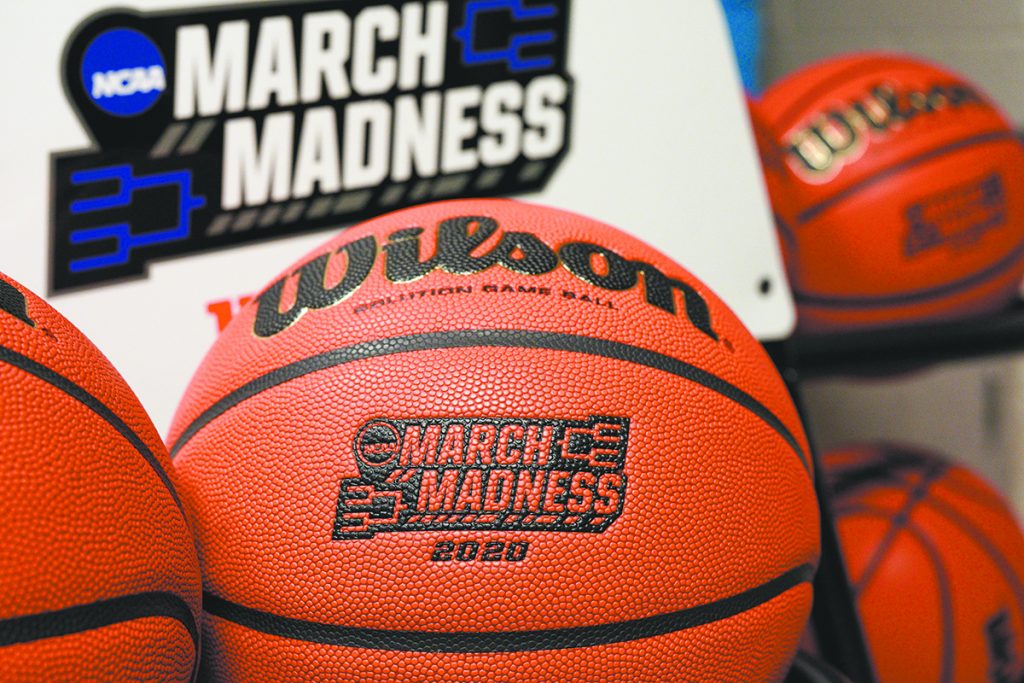 Indianapolis could be the sole host for the 2021 NCAA men’s basketball tournament next March and April.

The NCAA announced Monday it is in talks with city and state officials to play all 67 games in central Indiana, in hopes of limiting potential exposure to COVID-19.

Indianapolis was already slated to host the men’s Final Four on April 3-5, 2021. The NCAA also is headquartered in Indianapolis.

The NCAA recently determined that staging the preliminary rounds of the tournament at 13 different locations around the country just wasn’t feasible while trying to protect the health of players and staff.

In addition, the challenge of tracking and meeting COVID-19 protocols in more than a dozen areas would be too complex. So officials decided the best route would be to run the tournament in one region.

“We have learned so much from monitoring other successful sporting events in the last several months, and it became clear it’s not feasible to manage this complex championship in so many different states with the challenges presented by the pandemic,” said Dan Gavitt, NCAA senior vice president of basketball, in a media release.

“However, we are developing a solid plan to present a safe, responsible and fantastic March Madness tournament unlike any other we’ve experienced,” he said.

Gavitt said in a live-streamed announcement on Monday afternoon that Indianapolis “may be our best option if we can work out all of the important details. … That’s our hope, but we still have a long way to go.”

He said hotel arrangements, medical resources, practice facilities and a variety of other components are still being negotiated. He said stringent testing protocols will be in place.

The tournament will maintain the 68-team field it’s had for the past several years, he said.

In a statement issued Monday, Indianapolis Mayor Joe Hogsett noted that the city is home to top public health professionals “whose expertise will be crucial in planning for a safe tournament.”

The Indiana University Medical School, one of the largest medical schools in the country, is headquartered downtown, as is IU Health, the state’s largest health care system.

“We are confident that, thanks to the collaboration of our city’s civic organizations and the strength of our hospitality industry, Indianapolis can rise to this challenge,” Hogsett said in the release. “We look forward to continued conversations with the NCAA.”

In September, the Indiana Sports Corp. marketed Indianapolis as a potential site for college basketball tournaments and league games by creating virus-resistant “bubbles” with play set in the Indiana Convention Center.

Bubbles are typically locked-down, highly regulated and heavily tested zones that seek to minimize the spread of the virus through limited person-to-person interaction.

City tourism officials on Friday said the Sports Corp. was finalizing plans to host multiple college basketball “bubbles” at the Indiana Convention Center before the year’s end. But there was no mention of hosting the NCAA men’s basketball tournament.

Indiana Sports Corp. President Ryan Vaughn confirmed Monday that the group was working with the NCAA on the possibility of hosting March Madness in its entirety.

“We welcome this tremendous opportunity for our city and are confident that we could make this an incredible, and safe experience for all involved,” Vaughn said in a media statement.

The NCAA’s single-location strategy will mean that the 13 communities that had anticipated hosting games during the first two weekends of the tournament will no longer do so.

“My committee colleagues and I did not come lightly to the difficult decision to relocate the preliminary rounds of the 2021 tournament, as we understand the disappointment 13 communities will feel to miss out on being part of March Madness next year,” said Mitch Barnhart, chair of the Division I Men’s Basketball Committee.

It wasn’t immediately clear where games would be held over the course of the tournament. Downtown Indianapolis includes Bankers Life Fieldhouse, the home of the Indiana Pacers; Lucas Oil Stadium, where the Final Four is set to take place; and the convention center. Within the city limits, organizers potentially could choose from Butler University’s Hinkle Fieldhouse; the Indiana Farmers Coliseum, which hosts IUPUI basketball; University of Indianapolis facilities; and several large high schools.

Indiana University’s Assembly Hall is one hour to the south in Bloomington, and Purdue University is an hour to the north in West Lafayette.

CBS Sports and Turner Sports still will broadcast the tournament, according to the NCAA. No decision has been made whether fans will be allowed in the stands for the games.

Marc Ganis, a Chicago-based sports business consultant, said an “extremely rigorous” testing protocol would needed if the NCAA were to allow spectators.

Ganis told IBJ in August that he believed the NCAA should consider creating a “bubble,” much like the NBA and NHL did to complete their 2020 seasons, and that Indianapolis would be the best location.

“I’m not surprised at all that they went that direction,” Ganis said Monday. “Whether it’s in March or in May, the NCAA has to plan as if the U.S. is still in a pandemic situation.”

While game sites have not been finalized, Ganis said locations like Bankers Life Fieldhouse, Hinkle Fieldhouse, Grand Park in Westfield and Assembly Hall in Bloomington could all be considered. He said high school gyms also could be utilized, depending on their broadcast capabilities, locker rooms, medical facilities and other factors.

While the NCAA indicated talks are still preliminary, Ganis said he expects the discussions are fairly far along, and the announcement was made now because certain approvals will be required.

“They wouldn’t have announced this if they weren’t very far along” in negotiations, he said.

The NCAA set a Nov. 25 start date for the season as it tries to bounce back from the two lucrative tournaments being canceled last spring due to the coronavirus pandemic. Cancellation of the NCAA Tournament led to a $375 million shortfall in revenue distributed to member institutions, putting a huge strain on athletic departments across the country.

Schools have scrambled to fill schedules while the coronavirus has wreaked havoc on college football, causing the cancellation of more than 60 games. Multiple basketball programs are currently on pause due to COVID-19, and the Ivy League announced last week the cancellation of winter sports, including men’s and women’s basketball.

Gavitt said there is no plan to change the Nov. 25 start date. A final decision on the site for March Madness would come within weeks.

The NCAA also said it has not yet decided how to stage the women’s national championship.

12 thoughts on “UPDATE: Indianapolis in talks to host every game of 2021 March Madness”