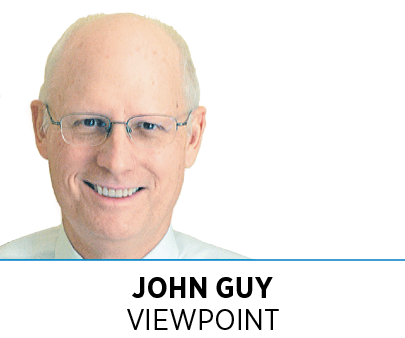 To understand the efficacy of the state tourism promotion, let’s imagine a neutral tourist staying at a hotel in the town of Midwest Somewhere, probably on the Illinois/Indiana border, trying to decide where to travel next. With time on his hands, he watches a lot of television, first noticing advertising with the “identifier” IN INDIANA, developed at a cost of millions from a federal grant.

Illinois establishes the brand “Middle of Everything,” with TV star Jane Lynch, apparently costing about $30 million. Michigan hits the airwaves with the idea of “Pure Michigan,” while Ohio says, “Find It Here,” with specific references to attractive sites.

Our tourist does not see a clear brand message for Kentucky, possibly because, according to a Google search, Kentucky tends to rely on print material, such as its Kentucky visitors’ guide. Kentucky does advertise in-state by saying, “Stay Close; Go Far.”

Some might find that Missouri’s television advertising is most unique by focusing on how that state’s name is pronounced. The ad concludes, “Just Call Me MO” with an attractive spokesperson and just a bit of humor: “Less Talk; Mo Action.”

Meanwhile, all the states’ advertising offers recommendations to this and that, commonly through a website. Recommended road trips seem to appear in each case.

“Now what do I do?,” wonders our neutral tourist. In my view, we never will know what he decides, because statistics from the five states have shown, and will show, powerful increases in visits, a national trend. The water is further muddied by the coincidence that these efforts all started in April (in Indiana’s case, funded by a federal grant solicited last year and funded in April).

Is it fair to conclude that such a campaign would not happen without federal support, and that Indiana businesses and state agencies were not motivated to fund this campaign on their own? May we also conclude that the various state advertising well may increase tourism in general, but not specifically affect states individually? Perhaps that is the logic of federal grants.

The IN INDIANA identifier is useful, attractive, perhaps compelling. Strangely, it reminds me of a campaign years ago, “INDIANAPOLIS IS,” which appeared for a time, quietly disappeared, and never declared results. My memory is that the Indianapolis campaign was developed at no cost by a friendly advertising agency, but that was a long time ago.

The campaign does seem common. In many Indiana state-sponsored efforts, in different development contexts, a rule seemingly applied is, “Let’s see what other states are doing, then follow,” or this variation, “Let’s not do it if other states are not doing it,” whereas a motivational speaker once said, “Look at what everyone else is doing, and don’t do it.”

I love this state but often wish we were original, unique, out of the box, like The Gecko, The Breakfast of Champions, A Diamond is Forever, Where’s The Beef, or Betcha Can’t Eat Just One.•

Guy is a financial adviser and author of “Middle Man, a Broker’s Tale.” He can be reached at thotfull@sbcglobal.net.