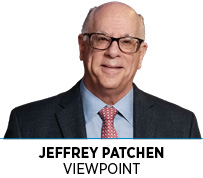 There is a reason basketball goals can be found on barns and garages, in driveways and even museums around the state. The game has transformed families and created legends who choose to call Indiana home.

Oscar Robertson once put a basket on a pole in his driveway just a few blocks from The Children’s Museum of Indianapolis and wheeled it into the street so he could play the game he loves.

That dedication helped him transform Crispus Attucks High School into the first all-black high school to win a state championship anywhere in the country. He went on to play at the University of Cincinnati, become a 12-time NBA All-Star, 11-time member of the All-NBA Team, and winner of the NBA’s MVP award.

On the other side of the state in Terre Haute, a young man by the name of Bobby Leonard would go on to play college ball at Indiana University, where he hit the game winning free throw to lift the Hoosiers to the 1953 NCAA championship. Then he would coach the Indiana Pacers to three American Basketball Association championships and became a beloved broadcaster.

Larry “Legend” Bird from French Lick starred in one of the greatest college basketball national championship games of all time when his undefeated Indiana State Sycamores took on Magic Johnson and the Michigan State Spartans in 1979. Bird

is the only person in NBA history to be named Rookie of the Year, Most Valuable Player, NBA Finals MVP, All-Star MVP, Coach of the Year in the NBA and Executive of the Year.

Another big name in basketball, Reggie Miller, made his mark on college basketball during his final year at UCLA, when he hit a game-winning three with 10 seconds left against Notre Dame. That elite athlete moved to Indiana to play his entire 18-year pro career with the Pacers. Most people never realized he was born with hip deformities, which prevented him from walking correctly and he wore leg braces during his youth. That didn’t stop him from breaking 3-point field goal records, or from becoming an All-Star, or from becoming a winner of Olympic gold.

Then, there was a talented young woman who grew up not far from Indiana, went on to lead the Lady Vols of Tennessee to a national championship. Tamika Catchings played her entire 15-year career for the Indiana Fever of the WNBA and continues to change lives through her Catch the Stars Foundation.

We salute the accomplishments and accolades of these legendary athletes with bronze sculptures in the Old National Bank Sports Legends Avenue of Champions in the Riley Children’s Health Sports Legends Experience; but what we really want children and families to learn is the commitment and passion each and every one of them have for the game and toward helping others.

Their love of the sport runs through their veins and is contagious. Their dedication and competitiveness propelled each one of them to success; but, it is the life lessons they learned along the way that molded them into the role models they became. Teamwork, respect, discipline and hard work are words that describe their work ethic. They are the same traits that define how basketball is played in Indiana.

Even the man who invented the game itself, James Naismith, realized that the love of basketball was not felt as strongly in any other state. He once wrote, “Basketball may have been invented in Massachusetts, but it was made for Indiana!”  So was the National Collegiate Athletic Association, which has been headquartered in Indianapolis since 1999.

During that time, the NCAA has become an integral part of the community. The Children’s Museum is proud to be one of their partners. In fact, we worked very closely with them to develop the NCAA Sports Legends Training Facility inside our World of Sport exhibit. I remember how excited NCAA President Mark Emmert was as he talked about how it would help the NCAA invest in the community and encourage children to view sports as an outlet to improve both physical and mental well-being.

On top of their financial generosity, the NCAA continues to engage museum guests in special activities—especially as we look forward to the upcoming tournaments in Indy.

Should it be any surprise that 9 of the 10 largest high school gymnasiums in the country call Indiana home? The movie ”Hoosiers” was inspired by the Milan Miracle, which took place when Bobby Plump hit the game winning shot that propelled the underdog 1954 Milan team to a state championship over the heavily favored and much larger Muncie Central High School team. High school and college basketball reigns supreme in Indiana as a tribute, and it is here that many of these amazing athletes honed their skills.

So as families across the country gather to watch all 67 of the NCAA Tournament games being played in one city for the first time ever, it is important to remember basketball is not just a game being played in any city. It is a national passion that has been churning away across the country and is now culminating in the heartland—in a place where legends have pounded the hardwood, beat the buzzer and lovingly watched the ball kiss the ropes as it sliced through the net. THIS is Indianapolis, Indiana, the cradle of basketball, and the home of the NCAA.

Patchen is president and CEO of The Children’s Museum of Indianapolis.

One thought on “Jeffrey Patchen: Sports legends make Indiana the cradle of basketball”