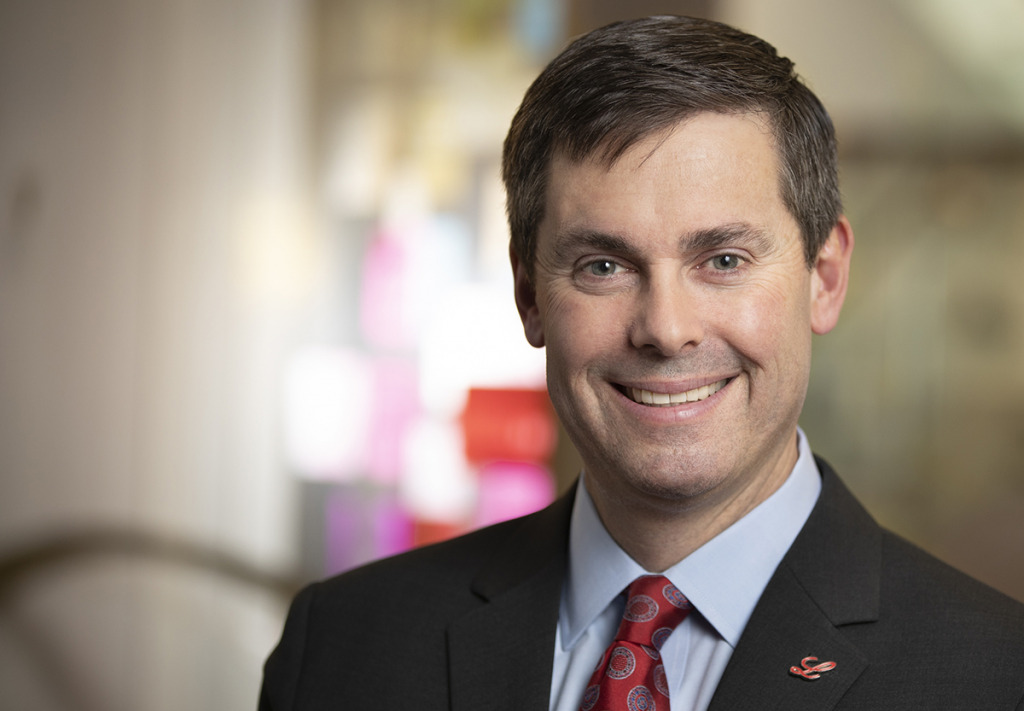 When it comes to competing for jobs, Indiana needs to do more than boast about its low cost of living, business-friendly climate and transportation network.

That’s because the state is far behind the curve in other critical ways, David Ricks, chairman and CEO of Indianapolis-based drugmaker Eli Lilly and Co., told a lunch crowd Wednesday at the Economic Club of Indiana.

Indiana falls short in educational skills, the affordability of health care, robust green-energy policies, workforce development, and inclusion of minorities and immigrants—areas where other states are far ahead and more competitive, Ricks said.

He made his comments in the wake of Lilly’s announcements in recent months to invest more than $3 billion in new factories and research laboratories outside of Indiana.

Ricks, who has led Lilly since 2017, said the state has a good track record of working to solve problems, and he gave no indication that the 145-year-old pharmaceutical giant was thinking about pulling up stakes in Indianapolis.

But he said the fortunes of Lilly and Indiana are intertwined, and he urged the audience to spread the message to policymakers that more work needs to be done.

“It’s long been said that when Lilly does well, Indiana is going to do pretty well,” Ricks said. “But I want to point out that the reverse is also true: When Indiana is thriving, Lilly can also thrive.”

One area Indiana in which is not thriving, he said, is education—both in the performance in test scores of students and the educational attainment of the workforce. Only 37% of Indiana’s elementary and middle school students tested proficient in math in the 2019 statewide proficiency tests, even before the pandemic helped pushed scores even lower.

“That’s a very difficult statistic to look at,” Ricks said. “If you look at what our economy is based on … it’s projected that about 30% of the current [traditional] jobs will be lost in the next decade, replaced by math- and science-heavy positions.”

He also pointed to Indiana’s high cost of health care, an expense that falls heavily on employers, who pay a huge share of the price for health care plans. On top of that, Indiana’s high rate of people with chronic disease and the state’s high mortality rate for heart disease, diabetes and other maladies can make some companies leery about investing here, due to the possibility of high rates of absenteeism, Ricks said.

He also warned that Indiana needs to move quicker to offer energy options that are greener, rather than traditional coal-based electricity. Other states are moving faster on this score, he said.

“If we cannot offer energy that has a sustainability mix to it, we won’t land the next big employer here in the state,” Ricks said.

Lilly’s own record in investing in Indiana is mixed. The company, with a sprawling headquarters campus downtown and a technical center just south of downtown, is one of Indiana’s largest and oldest companies, with about 11,000 workers across the state.

It has invested more than $2.6 billion in the past five years in Indiana, with over half of that going to manufacturing jobs.

But Lilly has announced plans to spend even more elsewhere. Ricks said it makes site selection decisions for many reasons: because it wants to diversify its talent base, meet the needs of customers across the world, and find places where the economics make sense.

In February, Lilly announced plans to invest $700 million to launch the Lilly Institute for Genetic Medicine in Boston that eventually would employ more than 200 scientists.

And two years ago, Lilly announced it would build a $470 million pharmaceutical plant in Durham, North Carolina, creating more than 460 jobs.

“We get calls from lots of policymakers [in Indiana] about each one of these right after they happen,” Ricks said. “And I give them this speech that I gave you today.”