Home » Lynne Petersen: Regulation is not the answer to apartment affordability 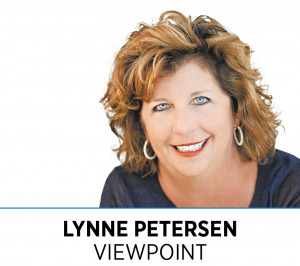 Hoosiers are generally a pragmatic lot. We let the East and West coasts try the new ideas and policies first. We would rather see how long the fad lasts before spending our time and money to join the crowd.

With any new idea, Indiana has benefited from letting others be the guinea pigs. We learn from others’ mistakes and make prudent decisions based upon our common sense. It’s usually safe to assume that, if California is doing it, it’s probably not for us.

All states, including Indiana, are facing a “perfect storm” of increased costs for building apartment units to meet demand. Supply chain problems, the cost of materials and skilled labor, and well-intentioned regulatory hurdles that actually exacerbate the primary challenge have combined to create severe apartment supply shortages.

Hoosiers who fall below 80% of the area median income ($45,950 for individuals and $65,600 for a family of four) have access to federal programs that make finding an affordable apartment within reach. That is called “subsidized housing.” Cities and small towns in Indiana are struggling, however, to increase the supply of “workforce housing” for those families who do not qualify for any federal housing programs.

True to form, many local governments nationwide have rushed to “solve” the problem by passing “rent control” ordinances, which essentially prohibit landlords from raising rents more than 3% in any given year. Sounds good, doesn’t it? Well, the medicine is killing the patient.

Misguided policymakers (none in Indiana) over the past two years have discovered what Hoosier common sense already tells us. More regulation of housing will not increase the supply of housing. After policymakers have passed onerous referenda or overreaching laws, the market has taught them, in many cases, to drastically scale back policies.

In places like Portland, Oregon; St. Paul, Minnesota; and Tampa and St. Petersburg, Florida, city councils have changed course and are returning to market-based incentives for increasing the supply of rental units. They are scaling back regulations and instead collaborating with apartment developers to identify areas where more housing is needed and then reducing red tape to spur delivering new units to the middle-income earners clamoring for more housing options.

A recent national survey of apartment developers by the National Multifamily Housing Council concluded that 87.5% of developers steer clear of cities with rent-control ordinances when planning projects. The only sure way to hold down rents charged for rental units is to increase the supply of the product.

There is an immediate need for an estimated 3.8 million new rental units nationwide. Passing heavy-handed regulations, including rent control, is not a solution. The Indiana Apartment Association looks forward to working with city councils and legislators to encourage the expansion of the rental housing supply.

Together, we can make sure the prescription actually cures the illness.•

Petersen is president of the Indiana Apartment Association.

One thought on “Lynne Petersen: Regulation is not the answer to apartment affordability”