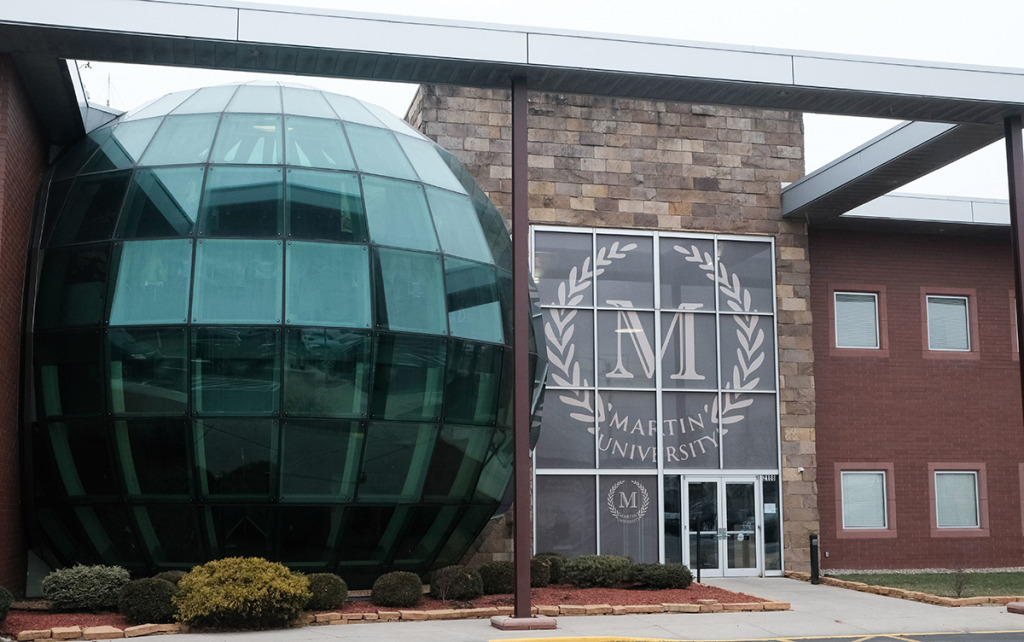 Martin University is taking a comprehensive look at its campus on the northeast side with an eye toward making it safer, streamlining traffic flow and anticipating future needs.

One course of action is clear: Martin officials plan to ask the city to vacate several streets adjacent to the university, eliminating public right-of-way.

Next month, university officials plan to begin the process of addressing safety issues, sorting out disparate real estate holdings and preparing for future development with several requests to city officials.

“There’s a whole lot of different courses we could take—we’re looking at a new climate here, considering the pandemic and how it’s changed education,” said Michael Moos, the university’s vice president of finance and administration.

“Our goal is trying to better the environment for this community by taking care of our properties and making sure the area is as safe as possible for our stakeholders and our students,” Moos said.

Eventually, Martin officials plan to ask the city to rezone some of the properties it owns in the area for university use, rather than the hodgepodge of residential and commercial designations many of the properties have now.

Some of the land has been acquired over the past several years—mostly through tax sales—with the school typically razing structures to reduce blight and prepare the sites for future redevelopment.

First, the school plans to ask the city to vacate multiple roadways that dead-end in the immediate area. Its requests would include partial vacation of North Olney Street, Gale Street and Avondale Place, along with multiple alleyways between I-70 and 22nd Street.

“Vacating those small pieces will allow the university to put in some enhanced safety measures and control our campus better,” Moos said.

The school also owns about 12 acres north of the railroad tracks that run parallel to Massachusetts Avenue that are separate from the main campus and don’t serve a long-term strategic purpose.

Moos said Martin is “in the process of selling” that land, but declined to share additional details, including the parcel addresses.

Since its founding in 1977, the school’s mission has been to serve low-income, adult learners, especially Black residents in Marion County. More than 95% of its students are categorized as low-income and many are the head of their households.

The university, which is the only predominantly Black education institution in the state of Indiana, expects to have around 350 students enrolled in the fall.

Martin also plans to embark on a new strategic planning process, starting later this month. This process would be independent of the rezone efforts, Moos said.

The strategic planning process comes about two-and-a-half years after Martin hired Sean L. Huddleston as its new president in early 2019. Huddleston, 53, was previously vice president for inclusion and equity at the University of Indianapolis.

Previous master plans for the property, including one shared as an example with city officials, have indicated an interest in new student housing and a president’s residence, new classrooms and renovation and expansion of fine arts facilities.

But Moos said the new strategic plan will not draw on those proposals and that such projects are not in process.

Moos declined to share the firm Martin University is working with to create its strategic plan, but said the plan is expected to be presented to the school’s board of trustees as early as November.

Editor’s note: This story has been changed from its original version to clarify that Martin University doesn’t have immediate plans for student housing and that its strategic planning effort is separate from plans to rezone some properties for university use. You can see all of our corrections here.