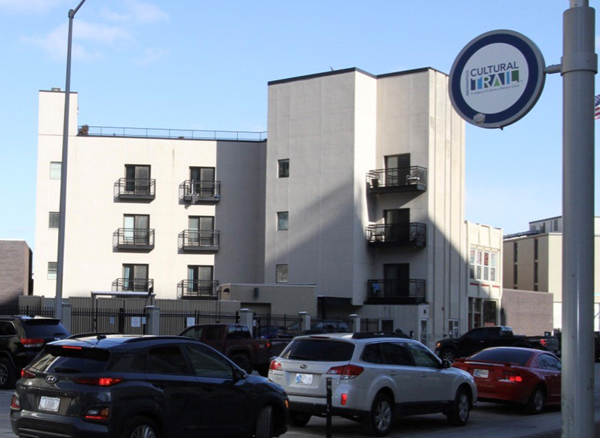 The parcels purchased by the Cook family include 42 Virginia Ave., which offers five apartments.

The owners of a McCordsville winery earlier this month spent nearly $2.1 million to buy three consecutive parcels along Virginia Avenue in downtown Indianapolis, but little is known about their long-term plans for the properties.

Daniel and Kimberly Cook, who own Daniel’s Vineyard, 9061 N 700 W, McCordsville, bought 40, 42 and 44 Virginia Ave., as part of efforts to eventually expand their operations into downtown Indianapolis.

They were purchased through DKC Virginia LLC, which is tied directly to the Cooks. The limited-liability company also owns a 124-year-old dwelling at 430 Virginia Ave., in Fletcher Place.

The properties in the first block of Virginia Avenue were sold by Specialty Manufacturers Inc., a Carmel-based business owned by Don and Dave Lucas that has controlled the site since the 1980s. Both parties were represented by Keller Williams Commercial broker Robert Butcher and executive director Sharon Thompson.

In comments released to IBJ through Thompson, the Cooks said they will use the properties to “explore and continue to invest in properties in this market.”

They also hinted they might open a business related to their vineyard, but did not offer details about where or when that might occur, other than to say the family is “excited to expand operations of their businesses to the downtown Indianapolis territory.”

The Cooks said they “have no building changes planned as of now” for the properties purchased on July 2, and plan to maintain the multi-story mural on the east side of 42 Virginia Ave.

Titled “Indy’s Always on a Roll,” the 2011 piece by artist Michael Cooper was among the 46 murals commissioned by the Arts Council of Indianapolis as part of preparations for Super Bowl XLVI. The playful trompe l’oeil painting first appears to be a three-dimensional facade until viewers sees that the imagery is being applied to the building like wallpaper.

“The mural on the side of the building is iconic, and one of the selling points for the family,” the Cooks said, noting one of their five children, Jenna, is a local professional artist.

The 8,450-square-foot apartment building at 42 Virginia Ave. has been home to multiple businesses over the years. They include the Sharon L. Bassett Foundation, a not-for-profit focused on breast cancer, and Brickforce Staffing. The building also has a large rooftop deck and party room.

The building at 44 Virginia Ave., which is about 1,460 square feet, has been home to Subito for the past several years, and previously hosted a bail bonds business.

A building at 40 Virginia Ave. was demolished in 2013 to clear room for an entrance structure for a neighboring property.

In written remarks, Thompson thanked the sellers and said Keller Williams is “thankful to have found such fantastic buyers who cherish [the buildings] now and will create the next chapter of [their] next unique story.”