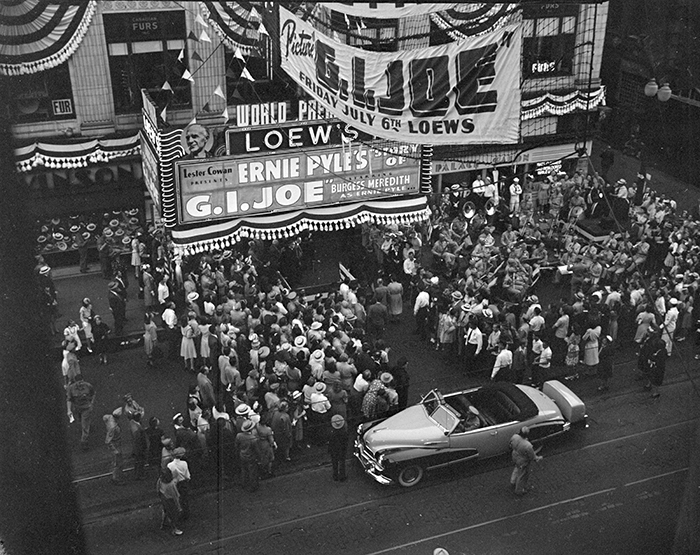 A special event was held July 6, 1945, for the Indianapolis film premiere of “The Story of G.I. Joe” at Loew’s Theatre. The film was inspired by Hoosier Ernie Pyle’s war correspondence during World War II. Pyle was killed on April 18, 1945, by Japanese sniper fire while covering the Pacific Theater of the war. Hoosier Gov. Ralph Gates proclaimed July 6 as “Ernie Pyle Day,” and the event included a parade and a concert before the movie premiere. The film was eventually nominated for four Academy Awards.

Credit: This image is courtesy of the Indiana Historical Society and is part of the Larry Foster Collection. More images are available at images.indianahistory.org