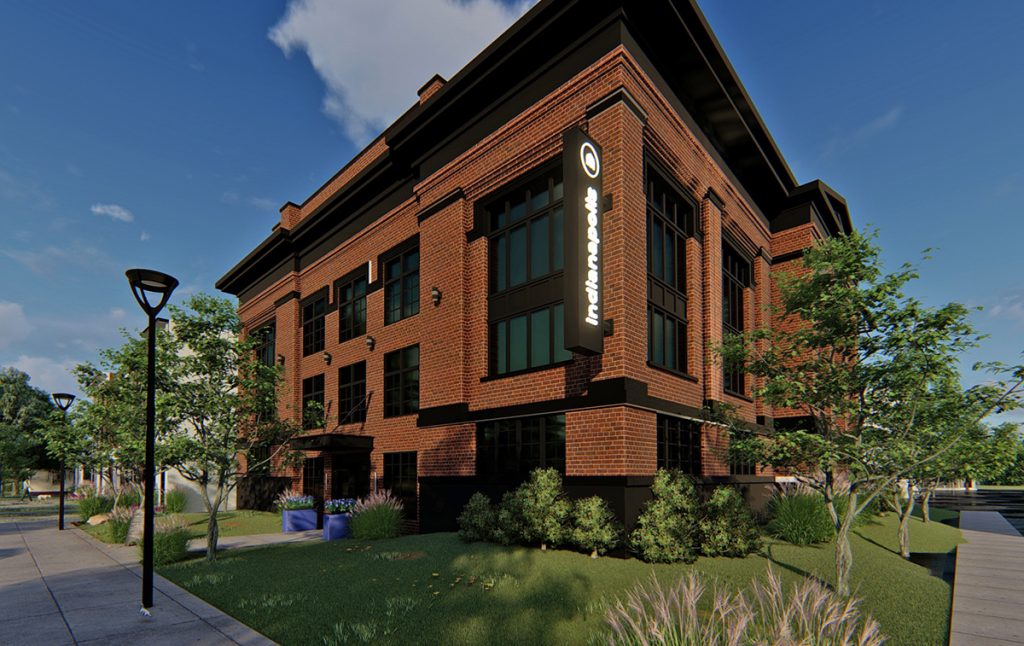 The former Westminster Presbyterian Church would be converted into condominiums at part of the project. (Image courtesy of The Establishment Group)

A former church could be converted into condominiums as part of a developer’s plans to bring new housing to the near-east side.

The Establishment Group plans to develop 20 condos and 15 townhomes on several parcels adjacent to the intersection of Sturm and State avenues—including property occupied by the former Westminster Presbyterian Church at 445 N. State Ave.

The three-story, 20,000-square-foot church sits near the nexus of the Holy Cross, Arsenal Heights and Woodruff Place neighborhoods.

“We want to add value to what is already there,” said Eli Marshall, an Indianapolis-area principal with the Grand Rapids, Michigan firm. “We want to improve the community, but also become part of the community and (make) something that everybody in Indianapolis—not just the east side—can be can be proud of.”

The project’s name is Westminster Lofts, in homage to the church slated for conversion into condominiums as part of the project. Plans call for condo unit sizes ranging from 650 to 1,000 square feet. The exterior of the church building, largely composed of red brick, will stay as-is, Marshall said.

“The church means so much to so many people … that there’s no possible way that we could demolish that,” he said. “So, we’ve come up with a really unique way of making sure the building stays intact and thrives again.”

The three-story townhouses would be developed separately from the church conversion. Each would have two bedrooms and a one-car garage (accessible from the rear), with floor plans ranging from 1,600 to 2,000 square feet.

Each townhouse section would also have alley-access paved parking for condominium residents: one lot with six spots, another with eight, and a third with 15 spaces.

The condominiums and townhomes are expected to be market-rate, with Marshall hopeful the development will “re-infuse the neighborhood and get people excited” about living on the east-side.

The firm has the land under contract for an undisclosed price, contingent on it receiving necessary city zoning approvals through the Indianapolis Department of Metropolitan Development.

The church property and building have been assessed for $411,000, according to the Marion County Assessor’s Office.

A request to rezone the associated lots from the C-S commercial designation to D-8 (which allows for multifamily dwellings) was approved by the Metropolitan Development Commission’s Hearing Examiner on May 14. The hearing examiner also approved a variance of development standards for the project, allowing it to have lower-than-typical floor area and livability space ratios, as well as smaller yard setbacks than are usually permitted.

Approval from the MDC and City-County Council are still required before permits can be issued.

In addition to the Westminster Lofts, The Establishment Group also plans to develop a $7.5 million housing project in Grand Rapids and is also exploring markets including Nashville and Austin.

Carmel-based Mitsch Design is the architect on the project.