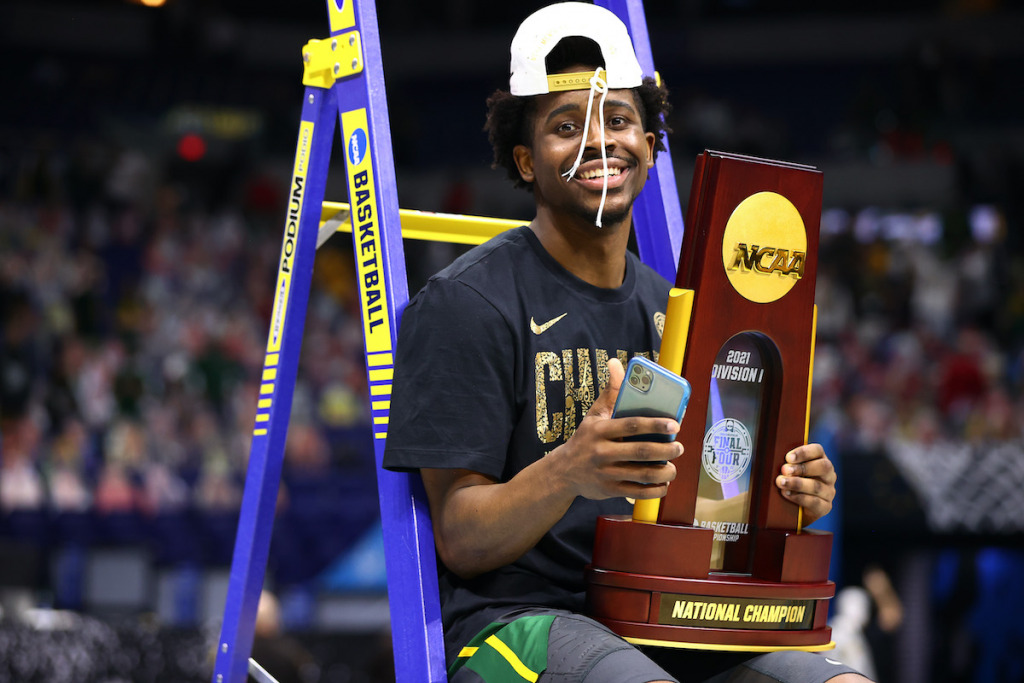 Adam Flagler of the Baylor Bears poses with the trophy after defeating the Gonzaga Bulldogs in the National Championship game in Indianapolis. (Photo by Jamie Schwaberow/NCAA Photos via Getty Images)

The Indianapolis-based NCAA generated more than $1.15 billion in revenue in 2021, returning to normal after the cancellation of the men’s basketball tournament in 2020 cost the association and its member schools $800 million.

The NCAA, which administers intercollegiate athletics in the U.S., released its financial records Wednesday.

Most NCAA revenue comes from its contract with CBS and Turner for the rights to televise the men’s Division I basketball tournament, also known as March Madness. That contract paid the NCAA $850 million in 2021 and is scheduled to pay $870 million in 2022.

In a history-making move, the NCAA staged all of March Madness last year in central Indiana—and mostly in Indianapolis—to simplify the logistics of the event under pandemic conditions.

The majority of the organization’s revenue is distributed back to its more than 1,200 member schools. The 350 Division I schools that can participate in the basketball tournament earn the bulk of it, mostly through shared payouts to conferences.

An insurance payout of $270 million in 2020 helped cover some of the lost revenue from the canceled tournament. The NCAA received another $81 million in insurance to help make up for lost ticket revenue and expenses related to COVID-19 precautions for last season’s tournament.