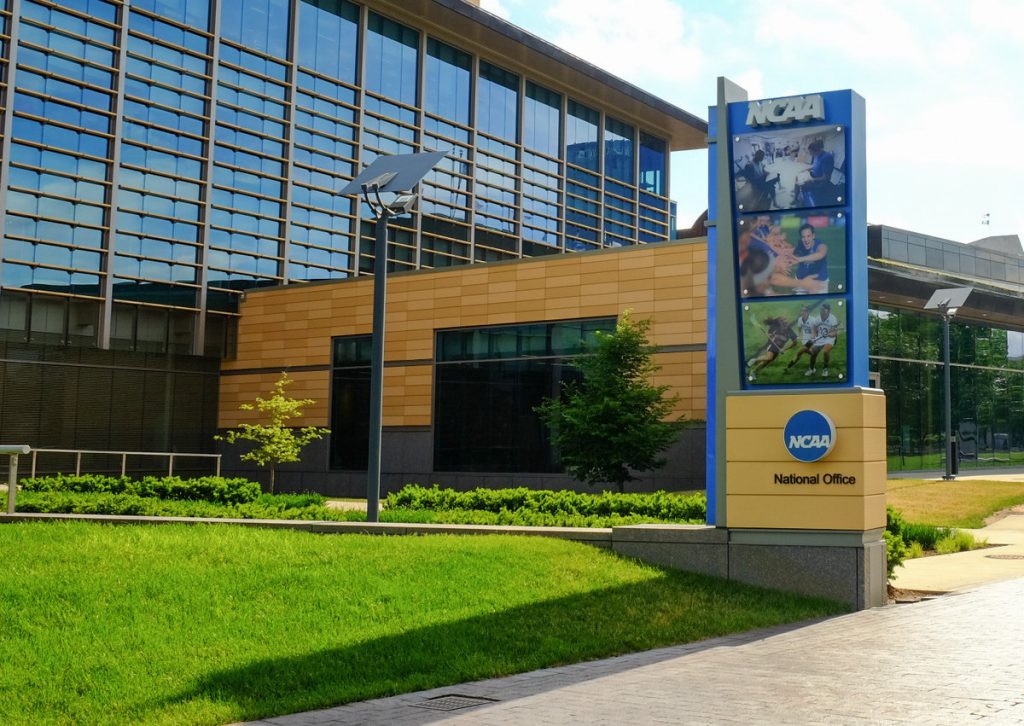 If the nine months leading up to Monday night’s national title game between the universities of Kansas and North Carolina have proven anything, it’s that college basketball and all of college sports are changing.

Whoever shapes all these changes—and it won’t necessarily be the Indianapolis-based NCAA—will help decide whether the next decade in this multibillion-dollar ecosystem of sports, entertainment and education grows into an efficiently run business or devolves into chaos. Either is a possibility.

The NCAA has struggled with the rules and outcomes of efforts to pay players, ensure gender equity, lock in the newly relaxed transfer portal, streamline an increasingly cluttered infractions system and, of course, deal with the long-debated “One and Done” rule.

And while the governing body is all but waving the white flag when it comes to figuring out many of the transformative shifts that these problems present, there’s a growing sense that that might not be a bad thing.

“This is not the time to look at knits and bits,” Duke University basketball coach Mike Krzyzewski said Friday, the day before his team’s loss to North Carolina sealed his retirement. “It’s time to look at the whole thing.”

Top on the to-do list is figuring out a viable system for “name, image and likeness,” or NIL, deals.

Players can now make money off sponsorship deals. It’s a tremendous change in the entire college dynamic, a business in which players generated millions through March Madness but most of it filtered to coaches, new stadiums and weight rooms and keeping the rest of the university’s athletic department running.

“I’m for sure happy to get a little money in my pocket,” Duke guard Trevor Keels said over the weekend.

But some argue NIL is a deflection from what really needs to happen—which is to make the schools directly pay the players for their work.

In a roundabout way, that’s happening anyway, as donors and others that pump money into athletic programs are now shifting some of the dough into school-branded “collectives” that create sponsorship opportunities for athletes.

The workaround feels acceptable enough for the time being. But the NCAA has ceded all control of it, depending on state laws, school oversight and, maybe, an eventual federal law to regulate it all.

“It has been and it’s still the case that we have got to have Congress help us find a single legal model” to run NIL, NCAA President Mark Emmert said.

Under the current mishmash of rules, there is very little public information about who makes what and who pays the bills. The concept of millions of dollars floating around with zero transparency doesn’t strike anyone as the best business model for a sport filled with athletes in the teens and early 20s.

“One of my bigger concerns is not even about players doing the campaigns or getting paid,” said Barbara Jones of Outshine Talent. “It’s about them giving away or promising too much and not even realizing it.”

Another topic is gender disparity. Congress held hearings on the issue during the tournament. Last year, the differences in the way the men’s and women’s games were treated were encapsulated by a video taken by Oregon’s Sedona Prince of the lame weight room at the women’s tournament.

The NCAA commissioned a task force and a panel came up with recommendations. Most of the changes have felt like window dressing. They included adding four teams to bring the women’s bracket up to 68, switching the women’s final from Tuesday to Sunday and putting the branding “March Madness” on the women’s tournament in addition to the men’s.

Meanwhile, the NCAA still owns a vastly undervalued media contract for the women, the details of which paint the picture of the NCAA as a tone-deaf bureaucracy that isn’t changing with the times. The deficiencies are all the more palpable with this being the 50th anniversary of the Title IX law that was designed to create equal opportunity for women in sports.

“I call it hot dogs for the girls and steak for the boys,” Stanford coach Tara VanDerveer said.

Elsewhere, the new transfer rule is an attempt to rectify one of the biggest hypocrisies in sports—namely, that coaches could move around to the highest bidder with no restrictions but players weren’t given the same freedom. Now, they are, but when combined with NIL, it threatens to create a free-agency system of sorts, the likes of which many in the college game would like to avoid.

The complicated and inefficient rulebook has also made the NCAA look like it’s stuck in concrete.

Emmert all but conceded that fixes to establish an independent committee aren’t working well. One consequence is that he came into New Orleans with the prospect of handing the title trophy to coach Bill Self, whose Kansas program has been tainted by a complex, half-decade-old investigation that still threatens the Jayhawks’ future.

“It’s common knowledge,” Self said. “We’ve been dealing with some stuff off the court for a while.”

Like most schools that get in trouble, Kansas’ problems center around the recruitment of top talent, which leads back to the NCAA’s longest-running issue — the “One and Done” rule that allows players to leave after one year of college.

Emmert’s well-worn dodge on that rule is that it is technically part of the NBA collective-bargaining arrangement, so what is the NCAA to do? But when it comes to teasing out the details, and how they impact the college game, Krzyzewski said he’s had more contact with NBA Commissioner Adam Silver over the years than anyone from the NCAA office.

As Krzyzewski leaves coaching in the rearview mirror, he is struck by how many decisions are made by NCAA boards and committees that don’t deal with the issues at hand on a day-to-day basis.

He’d like to see a less-centralized NCAA—one that allowed men’s basketball to decide about its own issues, and maybe the same with women’s hoops and every other sport.

Whether a new model looks something like what Krzyzewski envisions, or something else, there’s a growing sense that big changes are ahead for college sports.

“Everything that you work in, or whatever you do, it never stays just status-quo,” Self said. “We need to keep evolving.”