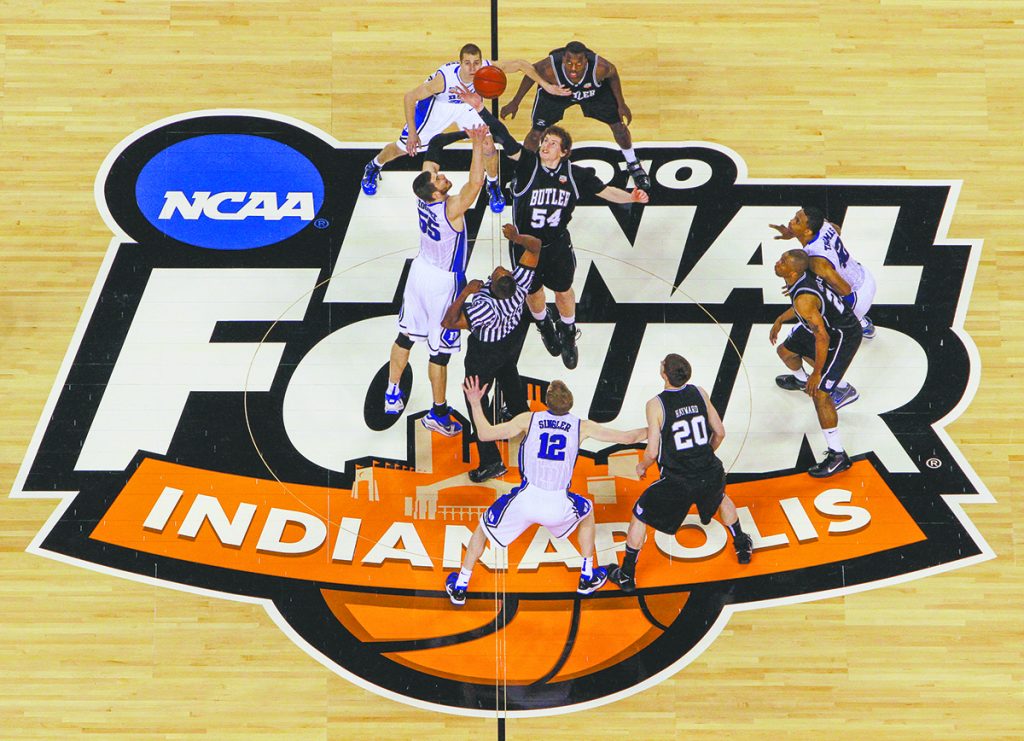 The foundation is in place for the Indianapolis-based NCAA to drastically alter its definition of amateurism.

By this time next year, college athletes may have the official OK to become paid sponsors, able to earn money for their names, images and likenesses without compromising their eligibility.

Remember when Ohio State University players got into trouble with the NCAA in 2010 for trading their own memorabilia and gear for tattoos? Or when Heisman Trophy winner Johnny Manziel signed autographs for money in 2013 and everyone wondered what the punishment might be?

Under the new rules being drawn up across the NCAA, all that would most likely be fine. A report from the NCAA’s Federal and State Legislation Working Group laid out how we got here, what has been agreed upon and what is still to be determined.

There is still a lot to figure out, including how, exactly, to draw up “guardrails sufficient to ensure that … the role of third parties in student-athlete NIL activities is regulated.”

Some questions and answers as the NCAA moves to address athlete compensation, a thorny issue for the nation’s biggest college sports governing body for more than 60 years.

Q: Who will be permitted to pay the athletes?

A: The best way to answer that is by laying out who will not be permitted to pay the athletes: The NCAA, the schools and the conferences.

That doesn’t mean everybody else is good to go: The NCAA working group said member schools should consider prohibiting athletes from promoting things like alcohol, tobacco and sports gambling. There is also a recommendation to limit what athletes can do with shoe and apparel companies—a source of angst for college sports of a long time.

Q: What about boosters?

A: Boosters likely won’t be immediately disqualified from working with athletes. The NCAA plans to monitor deals athletes make and require them to disclose details, perhaps through a clearinghouse.

Q: Will this be enough to satisfy lawmakers, both state and federal?

A: No. The NCAA is trying to fend off attempts by states to force the association into opening up the free market for athletes. The NCAA is also hoping to get help from Congress in the form of a federal law to that will override anything states come up with and provide uniformity.

Reactions to the NCAA’s announcement from lawmakers ranged from cautiously optimistic (California state Sen. Nancy Skinner, the primary driver of the state’s law on the topic, said it was a step in right direction) to downright dismissive (Florida state Rep. Chip LaMarca said: “If the NCAA’s goal was to limit access, then they have accomplished their goal.”).

Q: When will Congress get around to dealing with the NCAA?

Sens. Chris Murphy and Mitt Romney are leading a group of lawmakers examining compensation for college athletes and related issues. There was momentum for senators to take action. Then a global pandemic hit. This is still a big issue for Murphy and others, but whether it can move forward during a public health and economic crisis remains to be seen.

Q: Is the NCAA angling for an antitrust exemption?

A: Not directly, but when you ask Congress to protect your organization from state laws and future lawsuits challenging your rules it sounds a lot like you are asking for antitrust exemption.

Q: Will athletes be capped on what they can earn?

A: No, according to Ohio State athletic director Gene Smith, who led the group that produced the recommendations approved by the NCAA Board of Governors.

That is notable since the NCAA is still fighting the appeal of an antitrust case in which the plaintiffs claimed the association and its member schools and conferences have illegally capped compensation to athletes at the value of a scholarship.

Q: Can we expect to see athletes in their jerseys touting the local sandwich shop?

A: Athletes will not be allowed to use their school logo or brand in their personal deals.

Q: Is the NCAA football video game coming back?

A: Not under these recommendations. That would require a group licensing deal between the players and the schools, and the NCAA is steering clear of that.