Home » Number of women working in the NFL steadily rising 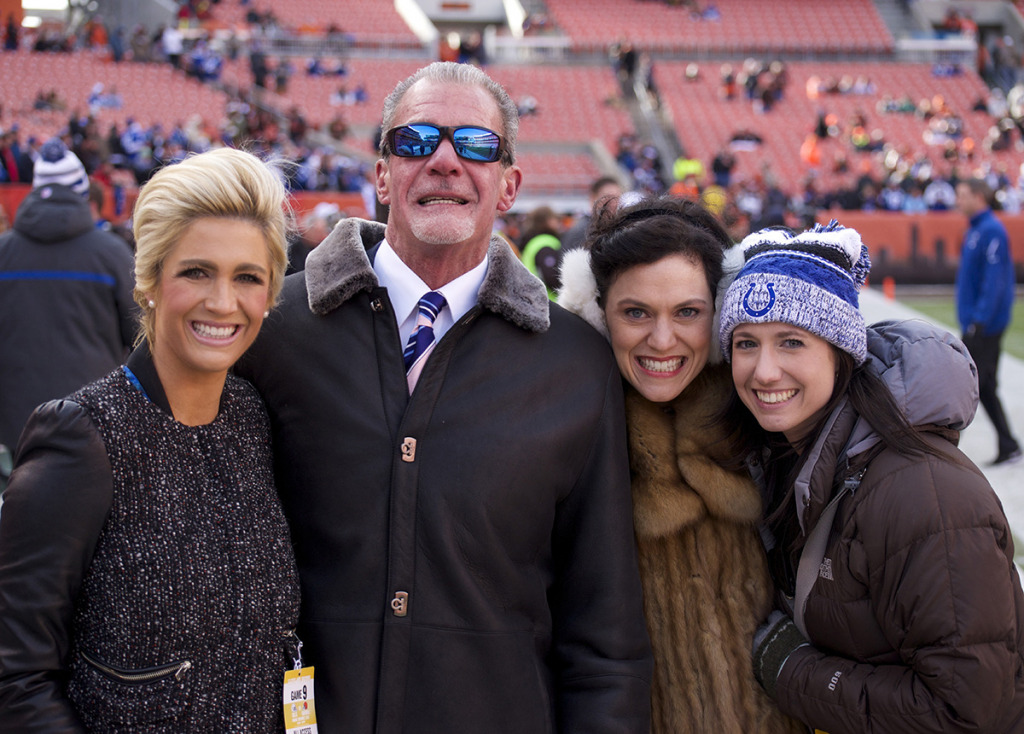 From the owner’s suite to the front office to the sideline, the number of women in the NFL is steadily rising. And, they’re here to stay.

Kalen Jackson was born into football, one of three daughters for Indianapolis Colts owner Jim Irsay. She got her introduction to the sport attending community events. Now, she has a seat at the table for owners’ meetings.

Sam Rapoport fell in love with football the first time she held a ball and threw a spiral as a 12-year-old growing up in Canada. Rapoport ended up becoming a professional quarterback in a women’s tackle football league and has spent two decades working to expand career opportunities for women in the sport.

Ashton Washington was surrounded by football as a kid in Texas, but she says she preferred playing with Barbie dolls. By high school, Washington wanted a career in football. Last year, the Chicago Bears hired her as the first full-time female scout in team history.

Katie Sylvan grew up in San Diego rooting for the Chargers. She was determined to find a job in football and applied for the NFL’s junior rotational program while in college. After nine years working for the league, Sylvan was hired by the Chargers to be the team’s director of football administration.

The overall percentage of women in the NFL’s league office is at an all-time high of 41.3% in 2022, with 319 females holding various positions. The Institute for Diversity and Ethics in Sport said in its 2022 racial and gender report card that the league office “has been a model of diversity and inclusion for their clubs to follow.”

“To see so many things changing that weren’t this way when I was little is super exciting,” Jackson, the Colts vice chair/owner, said on the AP Pro Football Podcast last month. “Being from a family of three girls and always being told you belong here and your opinion about this matters, we definitely had a blessing to have a very passionate girl dad, as they say.”

Rapoport, the NFL’s senior director of diversity, equity and inclusion, is determined to continue opening doors for women in the league.

“I was somewhat relentless with the idea that I was put on this planet to work in football in some way,” said Rapoport,

Rapoport runs the NFL’s Women’s Forum, an annual event that connects participants working in college football with owners, general managers, head coaches and club executives. More than 225 female coaching, scouting and operations candidates have been hired since the forum started in 2017.

“We just put women in a position to impress people,” Rapoport said. “Half our fan base are women. Why aren’t they working in it? We’re working toward that.”

In June, the Cleveland Browns named Catherine Raiche assistant general manager and vice president of football operations, making her the highest-ranking female executive in the NFL. A month later, Sandra Douglass Morgan became the first Black female president of an NFL team when the Las Vegas Raiders hired her.

Kelly Klein is the executive director of football operations for the Denver Broncos. Andrea Gosper is the Buffalo Bills player personnel coordinator.

Washington first joined the Bears as an intern in 2021 after working in recruiting at the University of Illinois. She was promoted to scout—there are 33 female scouts in the NFL—later that summer. In May, she became the Bears player personnel coordinator, pro scouting.

“I feel like it’s a lot of pressure on me and other females across the league because you want to set the bar and you also want to exceed your personal expectations,” Washington said.

In 2020, Locust and Javadifar became the first female coaches on a team to win the Super Bowl. Sarah Thomas also made history in that game as the first woman to officiate a Super Bowl, working as the down judge.

“It was time for that door to be knocked down and allow them because they’ve been putting in time, and they’re very, very qualified,” former Bucs coach Bruce Arians said about hiring Locust and Javadifar.

There are 21 women currently working as athletic trainers in the NFL, including Allison Miner of the Chargers.

“The biggest challenge was just opportunity,” said Miner, who was one of only three women in her position when she was hired in 2015.

Another obstacle for Miner early in her career was finding a locker room to change. She would use a public bathroom in the stadium. The NFL now requires space for women at each stadium.

“It’s exciting to see the female faces,” Miner said. “There’s going to be a day where it’s not a big deal.”

For Sylvan, it’s important for women to know there are various jobs for them in the NFL. She has embraced her role working on roster management, the salary cap and player contracts.