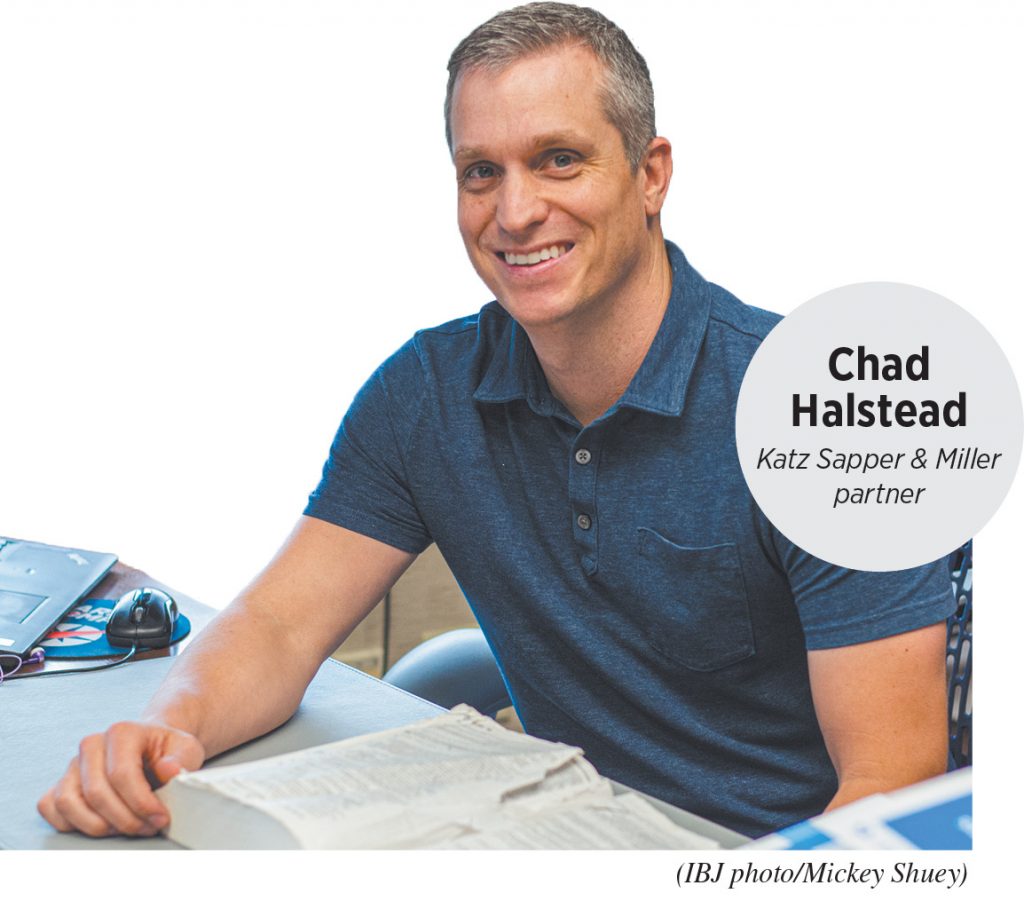 For the past 12 years, Chad Halstead, 39, has helped land government incentives for some of the area’s biggest real estate developments. As part of his work, he’s also brushed up on the updated tax code and taken the lead on local projects using Opportunity Zones.

What piqued your interest in the tax profession that compelled you to turn it into a career?

I’m probably one of the few people that finds the tax law interesting. It’s kind of the quintessential law school story. I took a class in law school on federal income tax and I loved it. I like the theory behind it and the idea of applying general tax principles in situations that you may have never encountered before.

How have you seen the tax landscape shift since you began at KSM in 2007?

It’s rare that the tax law changes in big waves. But with the Tax Cuts and Jobs Act [passed in 2017], we saw a substantial change. A lot of things changed as a direct result of that.

It’s kind of difficult to quantify exactly what all those changes are in the time we have, but we are working with a totally different set of rules than we had two years ago. We’re still really looking at new best practices with those and how they affect our clients.

How have you seen local and state tax incentives for real estate projects evolve?

There’s certainly a difference in the willingness of municipalities to incentivize the relocation of businesses and development projects; you see more of that occurring now than you used to.

I think it took a while to realize all the tools that cities can use to participate in projects and be involved in helping to get deals done. Even 10 years ago, it was less common for a city to be a significant contributor on big deals, and now them not being involved is almost the exception. I think that’s a result of municipalities having a better vision for what they want to do.

How have Opportunity Zones affected your line of work?

When the program first hit … our real estate clients were all-in on figuring out how to make this work for them, so it’s really been a perfect fit for me, trying to help them get those answers. We just slid into that space and have been extremely active because our client base is so real-estate-centric.

What’s on the horizon for local real estate?

I think we will see a good amount of development locally for the next few years. We have low tax rates because of tax reform, and there’s a lot of other goodies in there for the real estate community.

But I think Opportunity Zones will be one of the biggest drivers, especially when looking at downtown. There’s a limited window to get in on this program, and once it’s closed, there’s no guarantee that it will ever reopen.

When you’re not studying the tax code or working on real estate deals, what are you doing?

I have two loves: my family and softball.

KSM has a softball team that I’ve managed for 12 years, so Thursday nights I am usually playing that. The other six nights, I’m spending time with my family.•