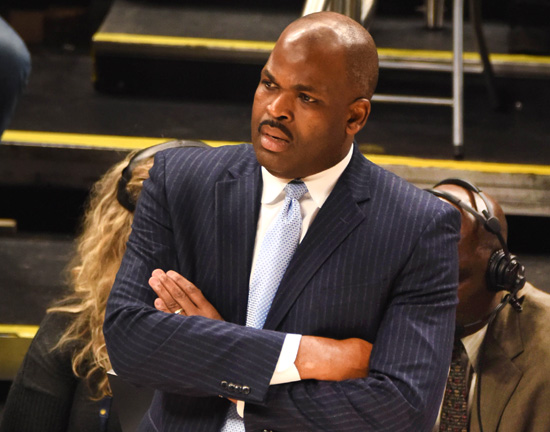 The firing comes less than two weeks after the team gave McMillan a contract extension.

McMillan took over coaching duties of the Pacers prior to the 2016-17 season and led the team to a 183-136 record. But his record in the playoffs was 3-16, with the team failing to escape the first round every season. The team was ousted from the playoffs this year by the Miami Heat in a four-game sweep.

“On behalf of the Simon family and the Pacers organization, I’d like to thank Nate for his years with the team,” said Pacers President of Basketball Operations Kevin Pritchard in written remarks. “This was a very hard decision for us to make; but we feel it’s in the best interest of the organization to move in a different direction. Nate and I have been through the good times and the bad times; and it was an honor to work with him for those 11 years (in Indiana and Portland).”

The decision was a surprise, given Pritchard’s Aug. 12 announcement that McMillan had been given a one-year contract extension through the 2021-22 season.

At the time, Pritchard cited McMillan’s ability to overcome major injuries—like the one that kept Victor Oladipo out for 12 months—and personnel changes, such as the trade of All-Star forward Paul George.

While McMillan’s 183 victories with Indiana rank third in franchise history and the Pacers made the playoffs in each of his four seasons as head coach, McMillan’s teams went just 3-16 in the postseason and were swept three times—the first three times the Pacers haven’t won at least one game in a best-of-seven NBA series.

They haven’t reached the second round since appearing in the Eastern Conference finals in 2013 and 2014, and after Monday’s loss to Miami, Indiana has lost a franchise-record nine consecutive playoff games.

Injuries have played a key role in the failures. After getting swept by LeBron James and the Cleveland Cavaliers in 2017, the Pacers played without Oladipo, a two-time All-Star last season who suffered a serious knee injury, last season and without All-Star forward Domantas Sabonis because of a foot injury against the Heat.

“Once you get into the playoffs, you need everybody,” McMillan said following the season finale. “You’re playing against the best. I really felt that we had everybody when we came down and Domas (Domantas Sabonis) got injured and wasn’t able to play in any of these games. It was a tough adjustment for us.”

McMillan finished his career in Indiana with a record or 183-136. Frank Vogel initially brought McMillan as associate head coach in 2013-14.

McMillan is 661-588 overall in 16 seasons as a head coach in three different stops—Indiana, Portland and Seattle.